Note: This is the Game Update 4.X version of the guide. You can view the Pre-4.0 version here. 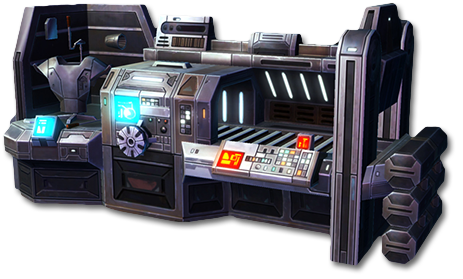 Armstech is the skill of constructing blasters, blaster rifles, and upgrades.

This Armstech Leveling Guide will show you the fastest and easiest way to level your Armstech Crew Skill from 1 to 550 using the least amount of materials. The schematics listed in this guide are all available for purchase from the vendor, however there are alternative schematics you can obtain on the GTN, as loot, special commendation purchases, reverse engineering, or other crew skills that may or may not be faster (e.g. Stronghold crafting-related schematics). Feel free to substitute any that you find as you go.

Armstech is the ability to work with hard metals, alloys, and synthetic materials to craft blasters, blaster modifications, and melee weapons. Vendor-purchased fluxes are used during the weapon creation process to refine the materials to ensure suitability. Crafted blasters include blaster pistols, blaster rifles, sniper rifles, assault cannons and shotguns. Blaster modifications include blaster barrels. Melee weapons include vibroblades and electrostaves. Armstechs can reverse engineer their crafted items and possibly discover new ways to improve their creation. The gathering skill Scavenging provides crafting resources for Armstech. Armstechs can also craft endurance, surge, critical, accuracy and power augments. These can be installed in any item that has an augment slot.

To start, visit any Armstech Trainer and learn the Armstech Crew Skill. All of the schematics listed in this guide are available to purchase from the Trainer as you level.

Note: Sometimes there is an overlap, in which two different items may both be viable to craft at a certain level. In these cases, it is up to personal preference. Ex: Versatile Barrel 5 and Overkill Augment 5 at level 70 are both possible crafting options. All optimal items in a tier require the same materials (we've listed these at the bottom of each tier).

In Game Update 4.1, companion crafting bonuses are now based on Influence rating with each companion.

Autor: Hayward
back to top