Here is an overview of how these currencies work: 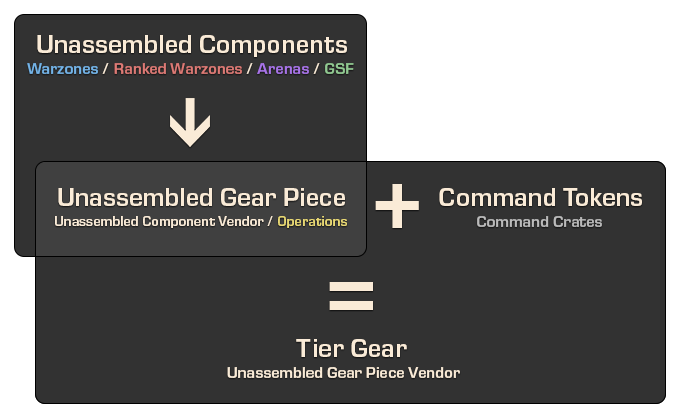 Because this way is very slow to obtain full gear sets, it is recommended to use this method primarily for filling missing set bonuses, and to instead use Operations as a primary method for obtaining gear (see below).

For the "Gods from the Machine" Operation:

Note: All pieces above require a corresponding Unassembled Gear Piece in addition to the Command Token cost.

Command tokens can also be used to purchase 15% Command XP Boosts for each tier. These do NOT stack with the Cartel Market Command Boost, but they WILL stack with the 10% Legacy Perks. Their costs are listed below: