Relics of the Gree Event

News terminals can be found around the outer ring on The Fleet. Interact with one of these terminals to begin the Gree Event. After interacting with the terminal, you will recieve one of the following missions.

An ancient Gree automated science vessel, Gray Secant, has appeared in the skies over Ilum. The Gree Enclave has specifically requested your participation in its research efforts, promising great rewards.

Speak to Ro-tuK, the Gree Herald Droid at the Republic Recon Post on the Western Shelf of Ilum to learn more.

Speak to Ro-tuK, the Gree Herald Droid at Imperial Firebase 3 on the Western Shelf of Ilum to learn more.

A pirate group known as the Tonvarr has managed to locate Ilum and land their raiding parties nearby. The deadly marauders are hoping to loot powerful Gree weaponry for their own use.

The Gree have requested your aid in contributing additional research materials for Gray Secant to analyze.

Despite Gree assurances, the Strategic Information Service remains suspicious of Gray Secant's true purpose on Ilum. All forces are asked to help determine whether the Gree have any ulterior motives for analyzing the Republic's combat capabilities. This can be best accomplished by tapping into the data being gathered by Gray Secant's probe relays.

The Gree request your aid in facilitating Gray Secant's research. The ancient ship has deployed research pylons throughout the Western Shelf of Ilum. Activating these pylons will initiate combat assessment programs and record your activities.

A large amount of damaged war material is scattered across the ice fields of Ilum. Enemy combat droids and disabled military vehicles from both sides may hold valuable intel if their memory data can be recovered.

An Ancient Gree Destroyer droid patrols the Gree 'dome' ruin in the contested area of the Western Ice Shelf. This droid may carry ancient Gree technology that could prove useful.

Collect energy orbs from Gree Energy Condensers in the contested area of the Western Ice Shelf and use them to charge the Gree Energy Pylon.

Gree Energy Condensers can be found on ice bridges and near research pylons.

To gain access to Gray Secant, you will need to achieve the rank of Newcomer and purchase Authorization: Gray Secant for 1,000 credits.

Your efforts to aid Gray Secant's research have earned you an invitation to board the vessel itself for additional "data generation."

There are 3 world bosses for the Relics of the Gree event. Each of these world bosses are operation bosses and require groups of 8 or 16 players.

Empire by completing the following daily missions in the Western Ice Shelf of Ilum:

You encountered an ancient Gree droid on the Gray Secant designated Kanarosiku-K. Kanarosiku-K has asked you to recover data from Gray Secant's observation units, ancient relay droids which have been lost on the remote reaches of planets across the galaxy. These droids have not submitted data on the expected schedule. Recover the data from each droid and return to Kanarosiku-K.

All of the vendor items can be obtained from Ro-tuK and Birak'k, whom are located next to each other at the main base camp. 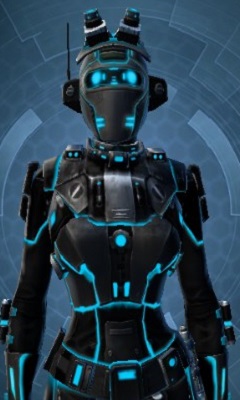 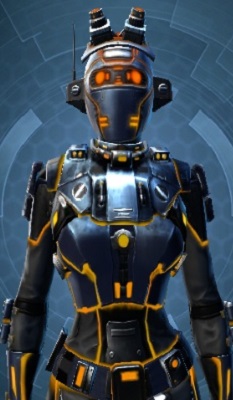 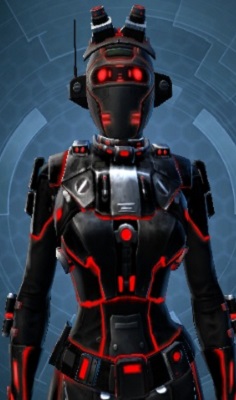 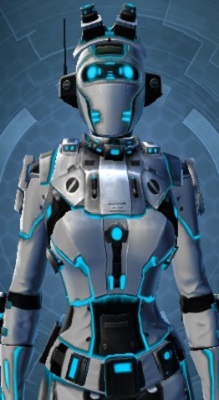 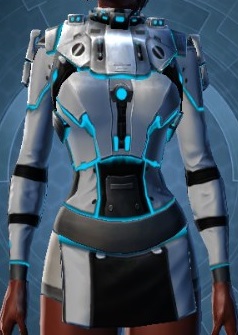 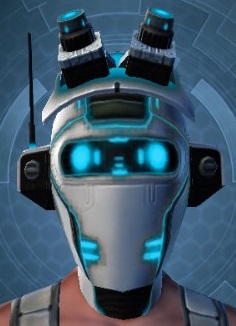 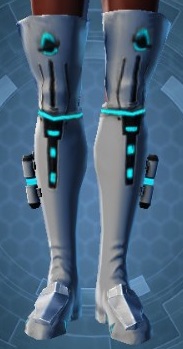 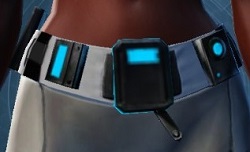 
Events: Relics of the Gree - General

To obtain the Gray Particular achievement, you will need to complete the following achievements: Advanced Slugging the Slug, Advanced Womping the Wompa, But They Don't Like Droids and Junior Research Project.

To obtain the Junior Research Project achievement, you will need to destroy 25 of each of the following enemies on their noted planets: Ackley on Belsavis, Bormu on Balmorra, Lobels on Quesh, Lraida on Alderaan, and Womp Rats on Tatoonie. This achievement can be earned while the Relics of the Gree event is not active, you only need to have the Miniature Gray Secant pet.

Events: Relics of the Gree - Player Vs. Player

To obtain the Blue Octagon achievement, you will need to complete the following achievements: In Memory of the Fallen and Line Bisector.

To obtain the Red Octagon achievement, you will need to complete the following achievements: Echoes of Victory and Line Bisector. 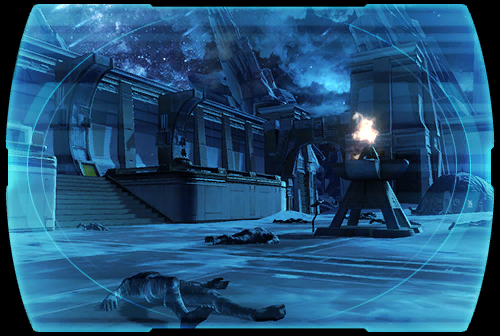 In the early days of the Empire's invasion of the planet Ilum, Republic forces at the Fray Landing Base fought desperately to hold their position against an overwhelming tide of Imperial attackers. Though they were eventually overrun and killed, these brave heroes of the Republic have not been forgotten by their comrades, who have since placed a humble memorial to commemorate the many lives lost at the site.

"Remember Fray!" became a rallying cry among Republic troops and the public alike, allowing the then-newly elected Supreme Chancellor Saresh to press for the largest increase in military spending since the Treaty of Coruscant. 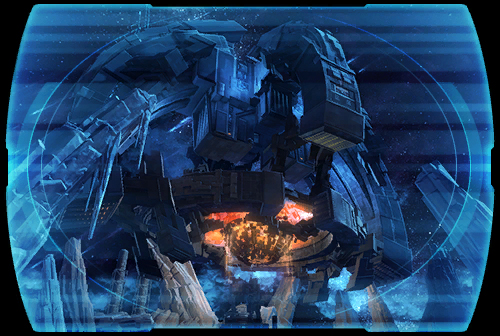 The mysterious Gree starship known as Gray Secant carries a long and unclear history. According to the Gree, this fully-automated vessel was launched by their ancestors at some point in the distant past, though conventional sensor technology has been unable to determine the ship's precise age or even its composition. As a result, there is no way to know the ancient starship's capabilities for certain, though most experts believe its technological sophistication to be well beyond contemporary Republic and Imperial science.

Among the Gree themselves, Gray Secant carries an almost religious significance. The ship was sent out from the Gree Enclave to explore and analyze the rest of the galaxy over the course of many millennia; getting to see one of their ancient legends at work firsthand is understandably exciting for the Gree. 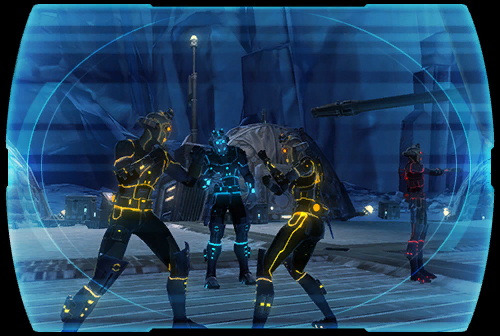 Composed of survivors and outcasts from dozens of defunct pirate groups from around the galaxy, the Tonvarr have banded together under a simple Weequay battle principle: "Enter with the best weapons, leave with the best spoils." Tonvarr raiding parties have struck weapon manufacturing centers, xenotechnology research labs, and even ancient dig sites, gathering the most impressive arsenal of advanced and exotic weapons technologies in the entire galactic underworld.

The group's intelligence gathering abilities are also far beyond the level of other pirate organizations; no one is entirely sure how the Tonvarr have the expertise to locate and make use of such a wide variety of complex technologies. It's possible that their broad knowledge is a side effect of the group's diverse membership: raiders from many different species have been spotted among the Tonvarr ranks. 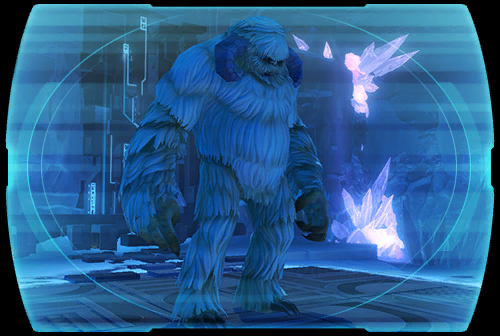 Achievement: You have defeated Gravak'k, the Gree Biomodified Specimen on Ilum. 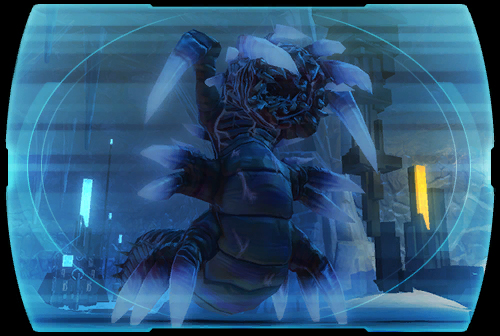 Achievement: You have defeated Surgok'k, the Gree Biomodified Specimen on Ilum. 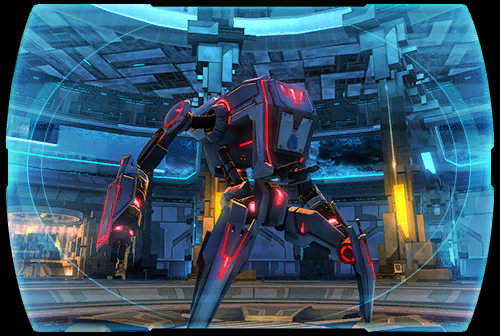 Achievement: You have defeated Xenoanalyst II aboard Gray Secant.

Achievement: You have defeated Xenoanalyst II aboard Gray Secant on hard mode.

About the Author
Autor: Asana
back to top