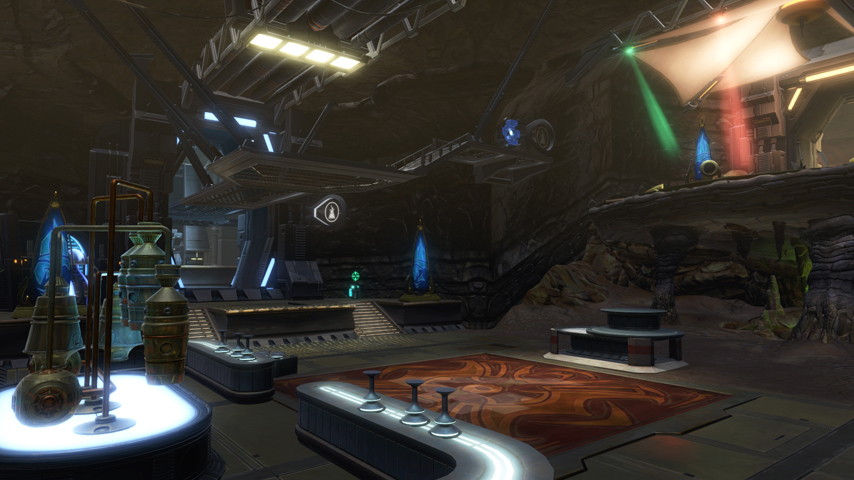 The Alliance Proving Ground is a specialized area of the Alliance Base on Odessen. This area is currently under construction and is used to help prepare Empire and Republic forces for the fight against the Eternal Empire. Lana Beniko oversees this joint exercise to make sure there are no friendly hostilities between team members of the different factions. Yes, this Warzone features cross-faction teams! This allows players on the Republic and Empire to play together on the same team. You must learn to work together to prepare for the fight against the Eternal Empire.

The Warzone is a new gamemode where two teams compete to own five Control Sectors to score points. These Control Sectors are spawned just a few at a time and last for a limited amount of time, which we call a round. A team must hold the Sector for a small amount of time without the enemy team being in the area to capture it. Every second the team controls the Sector will grant the team one point.

For additional strategy there are four different power-ups called Battle Mods that can modify a Control Sector and drastically alter their role in the current round. The different Battle Mods are an Activate (turns on a deactivated Sector), Deactivate (turns off an active ‘Sector), Speed Up (increases the rate at which points are scored), and Multiply (increases the amount of points are scored). These Battle Mods are very valuable and can turn the tide of the match so keep your eye out for them. A team that can combine these Battle Mods with controlling the Control Sectors will propel them onto victory and surely impress Lana. 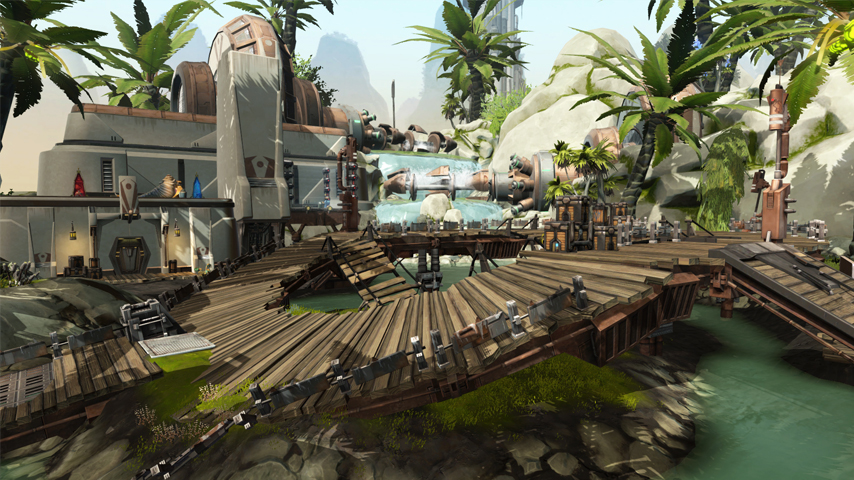 In addition to the Alliance Proving Ground, a new Arena will become available, the Rishi Cove Arena. Giradda has set his sights on the pirate world of Rishi to setup as the next venue for his favorite bloodsport, The Arena of Death. This arena is hosted by none-other than Baron Deathmark. Fight in a 4v4 match to the death among rickety planks and tropical Rishi coastline. Now get in there and go berserk!

We look forward to bringing you these new PvP experiences along with Quality of Life Improvements and Chapter XII: Visions in the Dark in Game Update 4.3.