Alliance: How to Recruit Bowdaar

To begin recruiting Bowdaar, open your Alliance window and go to the Alliance Alert Location from Hylo Visz for "Freedom Fight." Bowdaar is around the corner to the right from where you load in, behind the Platform 6 Cantina bar (Zakuul Undercity). 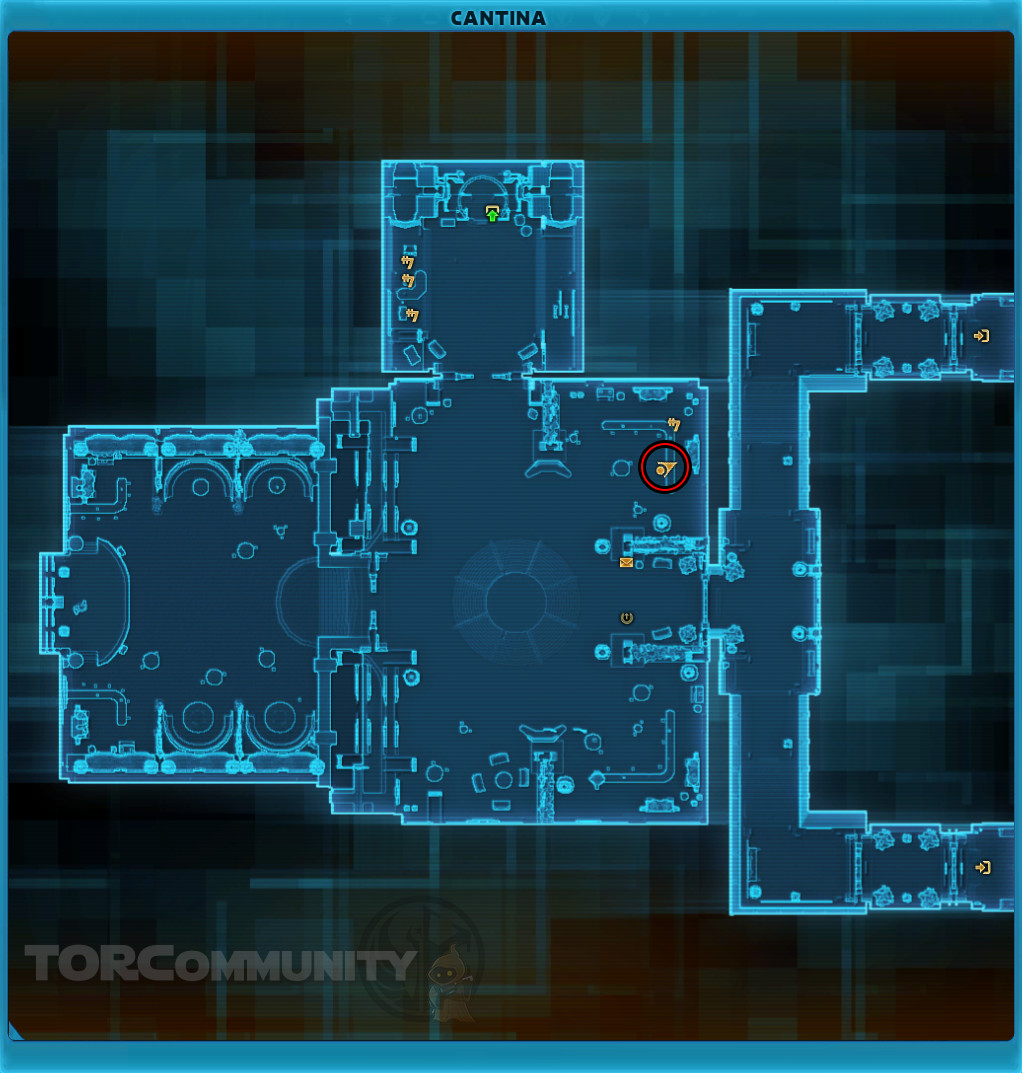 Agree to fight as Bowdaar's champion in the Eternal Championship to begin the recruitment mission. You will need to win Mayhem Battles in order to increase your influence to rank 10 with Bowdaar. The more rounds you complete in a row before claiming your rewards, the higher the amount of influence you will receive. Note that if you reset the arena back to round 1, you will also reset your accumulated rewards. 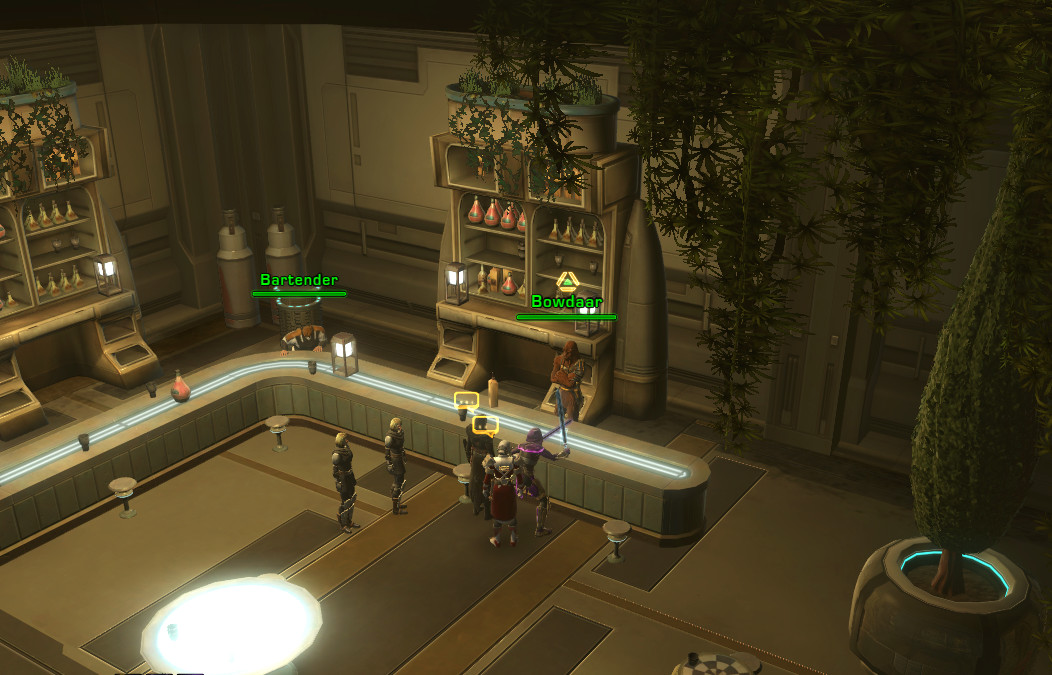 After defeating each challenger, check in at the intermission terminal near the entrance. You can then continue on to the next fight, or exit the competition and collect your rewards.

You can obtain the needed rank 10 Influence level by completing all 10 rounds of the Eternal Championship in Solo Mode. Upon completion, speak to Bowdaar again at the cantina bar. 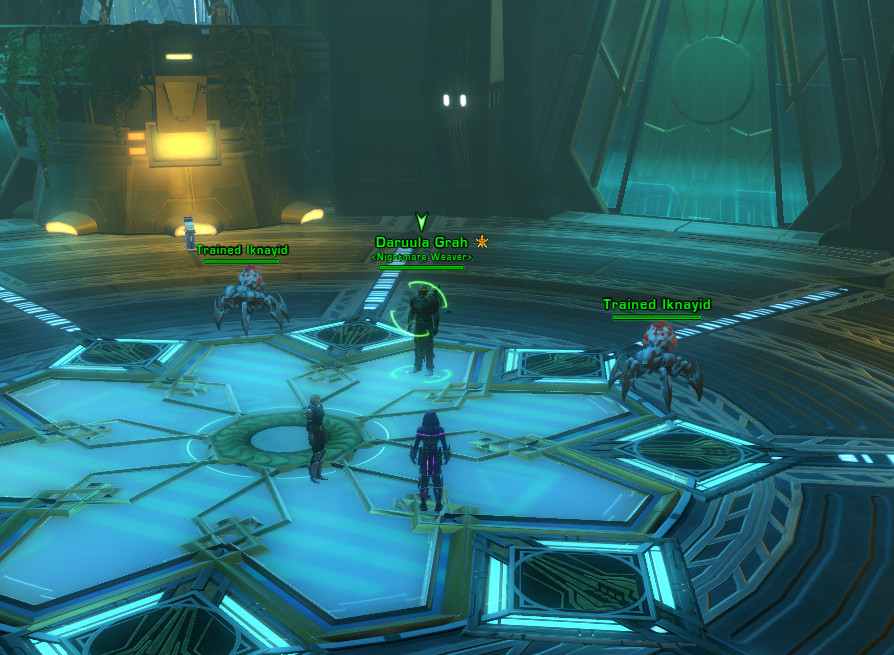 Bowdaar will challenge Valdos Dofine's champion to fight you. If you win, you'll free all of Dofine's slave fighters, if you lose, Bowdaar will become a slave.

Speak to Bowdaar again and head back to the arena to begin training. Inside the arena, you will have to defeat three sparring droids (two shielded). Once they are defeated, exit and speak to Bowdaar.

After speaking to Bowdaar and when ready, enter the arena again to fight the gladiators Calo Arawan, Kordath, and Veran Anjek. They are Strong mobs that are not particularly challenging. 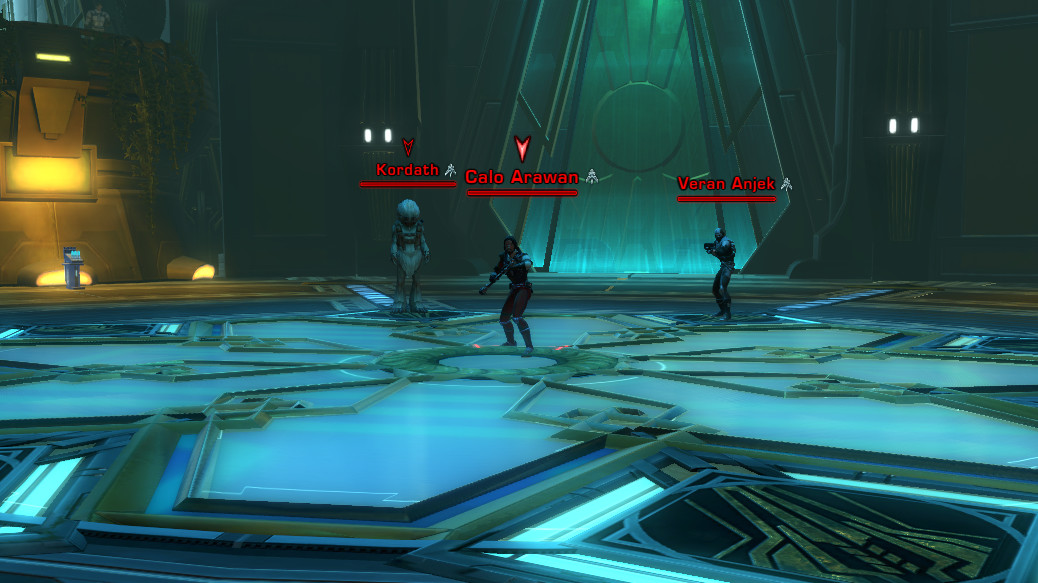 Once they are defeated, return to Bowdaar at the cantina bar. Speak to him and Dofine will free the slaves and Bowdaar will join your alliance. Return to Hylo Visz to finish the mission.