Behind the Scenes of “Secrets of the Enclave” Flashpoint, Part 2: Story

With Game Update 6.3 "The Dark Descent," players pursue Darth Malgus through the Jedi Enclave on Dantooine in the "Secrets of the Enclave" Flashpoint. In a previous interview with World Designer Allison Berryman, we discussed the gameplay design of this new Flashpoint. This time, we sat down with one of our writers, Caitlin Sullivan Kelly, to discuss the writing process for the story of "Secrets of the Enclave" and the introduction of the Jedi Enclave into Star Wars: The Old Republic.

Hi, Caitlin! As mentioned above, you're part of the SWTOR Writing Team. Can you tell us a little bit about yourself?

Hey everyone! My name is Caitlin Sullivan Kelly, and I'm a Game Writer on Star Wars: The Old Republic. I've been with BioWare Austin for seven years, and I started on the SWTOR team as a Quality Analyst focusing on the Forged Alliances arc and Shadow of Revan expansion's World and Quest Design. I later became a Narrative Specialist (someone who ensures the story's quality by providing feedback to the Narrative teams) for several different BioWare projects. This was my main responsibility for many years before I moved into my current position.

And like many others on our awesome team, I love absolutely everything about the Star Wars universe.

What are some other story pieces you've contributed for SWTOR? Has your writing process changed over time?

One of my favorite contributions is the codex entry for "The Ash'ad" on Onderon (and yes, I consider codex entries to be stories!). I was tasked with creating a backstory for the Mandalorians that Shae Vizla wants eliminated, so I wrote one in the form of a journal entry written by a character I created, Mirli Lok. Little did I know that the Ash'ad would become such an important part of our current Mandalorian story!

The first event I wrote was the All Worlds Ultimate Swoop Rally. I wrote the main introductory mission, the Swoop Gang story arcs, and all the characters (minus Raossk and the Pit Screamers arc, that was the incomparable Allison Berryman).

I think that method of storytelling offers an interesting perspective. Events that feature a big bad (like Darth Malgus) in a mystical space (like a Jedi Enclave) might seem like they're the only incidents that could shake the foundation of an entire galaxy. But when you focus on characters, you easily see how a rogue group of Mandos or a rowdy gang of swoop bikers are just as important when you're trying to build a living, breathing, interesting world.

You wrote the short story "Quite A Story To Tell". What are the biggest differences between writing a short story and writing a story for a Flashpoint?

A short story has the advantage of a reader's imagination. As long as I give you the basics of where a character is standing, what they're wearing, what they're saying... your mind is going to get to work, and it's going to show you something amazing. It's also a lot easier to really dig into the details of what characters are thinking and feeling, and that's something that isn't quite so easy to explore in the context of a video game. And there are many other "video game aspects" you need to consider when writing a Flashpoint that don't come up while creating a short story.

For example, I didn't want the visuals of the Flashpoint's environment to feel repetitive, so I came up with reasons why the player would need to move through areas around the enclave and not just certain parts of the interior. At the same time, I had to consider the workload of the environment art and cinematic teams (who are all rockstars). The same can be said for gameplay (another team of rockstars); I didn't want players to only be fighting soldiers from the opposite faction, so I came up with other types of enemies (like the big Graul boss!) for the players to engage with.

The overarching context the Flashpoint fits into also needed a lot of consideration. Since this Flashpoint connects past events with future SWTOR narratives, I consulted with the Lucasfilm story group (who were integral in helping us refine the details of Malgus's long-term plans) about the plot's major beats and finer points.

When it comes to dialogue, writing a short story is a lot less involved. You have a plot that your characters move through, and your characters behave a certain way as that plot advances. But in a Flashpoint, there's a lot more to account for, like choices the player can make along the way, choices the player has made in the past, opportunities that allow players to react and speak in ways they feel suits the character they've built, and ways for non-player characters to help advance the narrative that are interesting and engaging.

The workflow and pipeline for both projects are hugely different as well. When I had the idea for "Quite A Story To Tell," I wrote the story in a few evenings, incorporated feedback from the writing team and from Lucasfilm, then sent it off for publication. Taking my vision for "Secrets of the Enclave" and making the Flashpoint a reality took a whole lot of communication, collaboration, and hard work from an entire team of amazingly creative people. 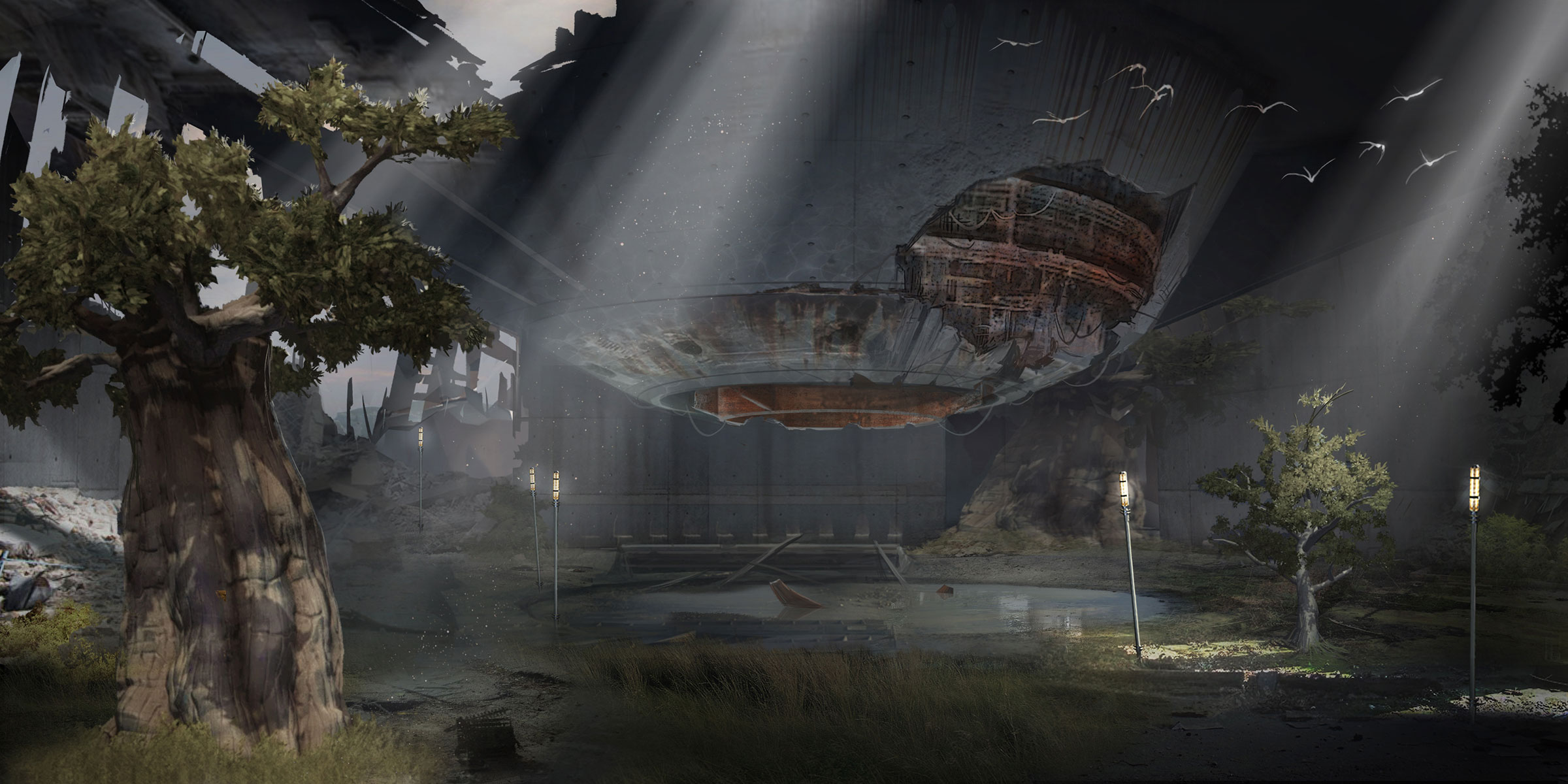 In this Flashpoint, players are joined by different companions based on their faction: Aryn Leneer and Arn Peralun for Republic players and Darth Rivix and Darth Krovos for Empire players. Why did you choose these companions for this story?

On the Republic side, I felt Aryn Leneer was a super obvious choice, right from the start. Even before I really knew what I wanted the inner workings of the Flashpoint's story to look like, I knew she had to be involved. I had read "Deceived" by Paul S. Kemp after we first introduced Aryn in SWTOR, and I desperately wanted to continue exploring this headstrong Jedi Knight and the conflict between these two extremely powerful (in their own ways) Force users--especially after we set the stage at the end of "Pinnacles of Power" for the two to cross paths again.

Like Aryn Leneer, Darth Rivix is a newer character in SWTOR who's intrigued me ever since his introduction. He's so charming and helpful, but what is he really after? Does he truly just want to help me succeed? Will he stab me in the back? There's so much fantastic storytelling potential with Rivix that I wanted to get him out of the Odessen base and give players time to see what he's all about, as well as the opportunity to see him in action.

After discussing my initial ideas with Charles, we decided that we wanted to mirror Aryn Leneer's involvement on the Empire side and include a character with some kind of connection to Darth Malgus. Rivix didn't quite fit the bill, so we decided to include Darth Krovos, another character that I thought players would enjoy spending some time with out in the field.

Since I wrote Darth Rivix to be sort of a tour guide through the enclave ruins, we needed someone to fill that role on the Republic side. Arn Peralun has worked closely with one of the most knowledgeable Jedi of all time, Master Gnost-Dural, and Arn has shown a talent for having encyclopedic knowledge himself--he was very informed about Onderon when we introduced him in Onslaught. Pair all of that up with the fact that Arn is working his way toward becoming a full-fledged Jedi Knight, and he was the perfect candidate for the second Republic companion.

It's been two years since the release of Dantooine as a planet in SWTOR. Back then, did the team want to visit the Jedi Enclave?

Absolutely! I definitely remember design conversations where we discussed not wanting to take the player to Dantooine without including a reference to the old enclave. Ultimately, we knew that if we were going to introduce such a major landmark into SWTOR, the motivation for sending the player into the actual ruins needed to be something with more of a narrative connection than a pirate invasion. So we waited for a more appropriate moment.

When Charles wrote the excellent epilogues to our "Pinnacles of Power" update and showed Malgus heading to Dantooine, we knew we'd found the perfect reason to get players into the old enclave. A force to be reckoned with like Darth Malgus is definitely something that would motivate you to get to Dantooine as soon as possible and explore every dark corner of the ruins. 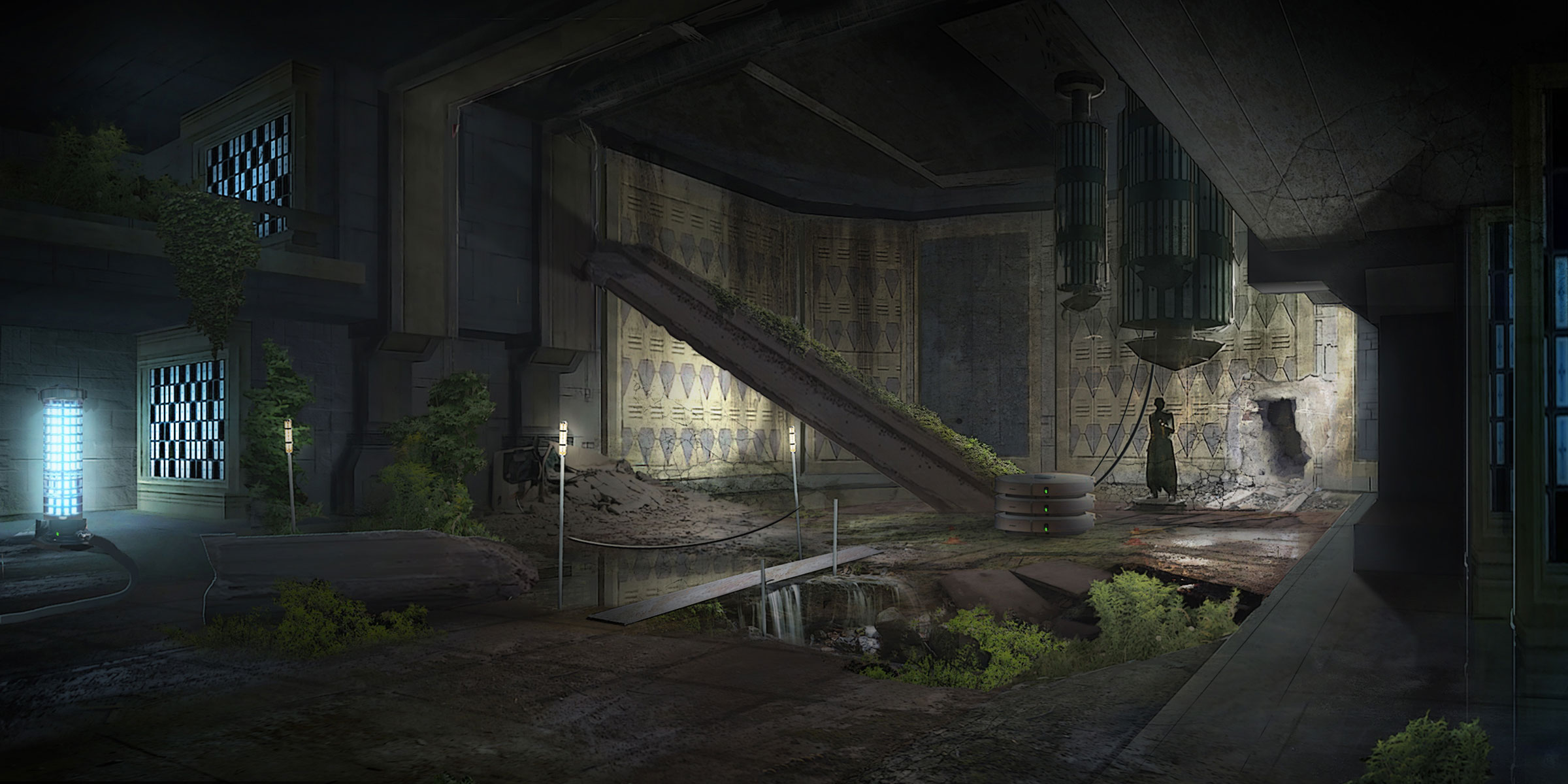 Do you have anything else you would like to add?

I want to say thank you to our amazing community for the incredibly kind words about what I've put out there so far, and I truly appreciate the time you all take to discuss these stories in such detail! Creating a story for something as expansive and meaningful as Star Wars comes with a special set of challenges, but when you're writing stories for such a substantial universe, when you're designing content that will live alongside the adventures that hold a special place in your heart and were so integral in your formative years… the bar is set especially high.

The expectation I always set for myself when I'm writing is to craft an experience that any SWTOR player (including myself!) will enjoy and to include something--anything--recognizable that players can relate to and connect with. I love when players share their thoughts about what I've written and describe how their experience with my content affected them. It makes me immeasurably happy that for many fellow SWTOR players, I am able to meet those expectations!

Thank you for chatting with us, Caitlin! As a reminder, the "Secrets of the Enclave" Flashpoint is already available, just check out Game Update 6.3 "The Dark Descent." Jump into the game now to explore the Jedi Enclave and discover Darth Malgus' secrets!