This feature is part of our community highlight series, which shines a light on members of our Content Creator program. These are the people who create walkthroughs, videos, guides and provide entertainment for fans of Star Wars: The Old Republic! We sat down with YouTuber and Twitch streamer Aviriia to talk about her journey as a content creator and as someone who has played SWTOR since launch. 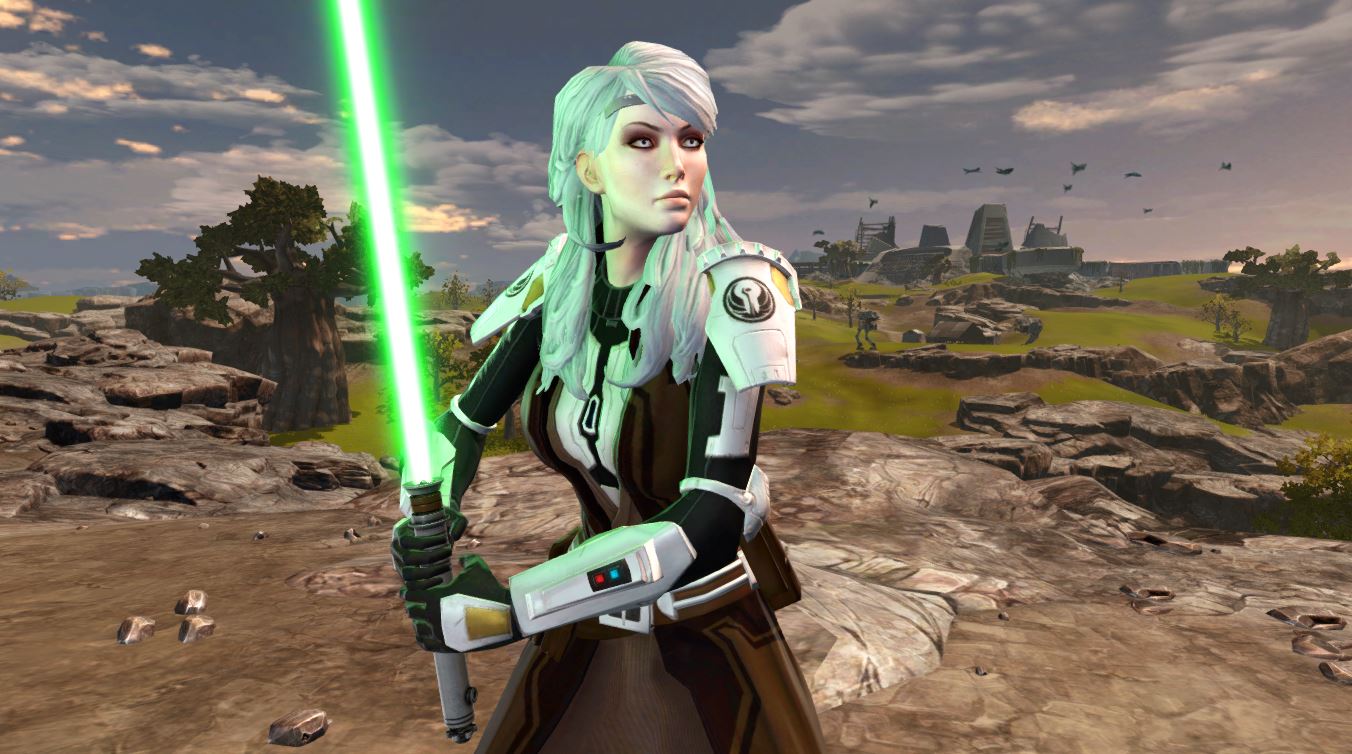 The very first time I heard about Star Wars: The Old Republic was when I played this online Roleplay game with a couple of my friends. They were heavily into Star Wars, and I dipped my toes into the Star Wars universe when I started to play more with them. One day, they mentioned this Star Wars MMO where you could create a character and actually walk around and explore the Star Wars universe--something that we never had seen before. I have to say that waiting that full year before SWTOR was finally released in 2011 seemed to take ages. Fast forward to the year 2021, and after almost ten years, most of that friend group and I are still playing the game.

After playing the game for such a long time, it's hard to pick a single favourite memory. The memories that I cherish are memories of friendships lasting many years or finding unexpected friends in the game. For example, I've met some amazing people online through the Roleplay, PvE, and PvP communities whom I speak with even to this day. And not to forget the Cantina events that I visited in both Germany and England. I got to explore the cities before the Cantina and meet and hang out with the developers and voice actors in person when the Cantina started.

The London Cantina in 2016 was my favourite, as I went on a trip to London with my mother for Star Wars Celebration. After a day of shopping (we only had Friday and Sunday tickets), we decided to visit the Cantina at the Pub near the convention.

This is where I met a lot of community members and friends who recognized me from the English Roleplay and PvP scene. And not to forget, that Cantina was the place where the Knights of the Eternal Throne announcement was made. I can remember, and almost relive, the excitement that went through the room once the trailer started to play and the title of the expansion was revealed.

You mentioned being a part of the Roleplaying community, can you share some of your favorite RP memories?

When I think of Roleplay, I always think of the organizers, guild-masters, Dungeon Masters, and individuals who organize weekly or cross-community events that make Roleplay a lot more exciting for the players. Community figures like them inspired me to create a Sith guild that is active within "The Sphere of Sith Doctrine" with three of my friends in March 2020.

The guild is called "Iroizi Directive" (Iroizi means "Unify" in High Sith), and thinking of the community and the players who helped make the guild into what it is now makes me realize that helping organize, running a Roleplay community, and writing out guild story events for the community is my favourite memory when it comes to Roleplay.

As for a never-to-forget memory, I do remember a Roleplay event in 2018 from a guild that I was in. My Sith Acolyte character was almost stabbed to death by an alchemized Taurill while trying to defend a console on the planet Sernpidal (in the Roleplay it was Sernpidal, but for the in-game location they used Alderaan).

Even before I started to play SWTOR I joined an online radio team that was run by teenagers. I used to be very shy, but a couple of my friends convinced me to broadcast with them. This was the very first time I started to create online content. This all changed when I was in a PvP Warzone match with my Sorcerer healer back in 2014 or 2015. A friend of mine asked me about my healing rotation, and I had a hard time explaining all the details over Skype. I decided at that moment it was for the best to livestream it directly on the Twitch platform. That way, I could speak and also explain what I was doing with live video. At first it was just this friend watching; however, over time, more and more started to watch the livestreams.

I like helping new players in the game, and I noticed that viewers came into the live and Discord chat. I thought, "Is there a better way to get information out while not playing live?" Truth be told, when you're about to die in a Ranked Warzone, trying to explain things like "What class is best to pick?" or "In what timeframe are we currently within SWTOR?" isn't exactly a good combination in a livestream. This got me to set up my YouTube channel, Aviriia's SWTOR Lore and More, in the end of 2020. On this platform, I focus on both entertaining and informative videos about SWTOR.

You mentioned your YouTube channel focuses on the lore of Star Wars: The Old Republic. I know this will be a hard choice, but what's one of your favorite bits of lore within our game?

That is indeed quite a hard choice. When it comes to Lore, I do like the nuggets within the codex and story that gets implemented from Legends material, such as books or the Knights Of The Old Republic game. For example, you get to visit the Dantooine Jedi temple within the flashpoint "Secrets of the Enclave." This Jedi Enclave must be very familiar to the players who have played KOTOR 2 before, as it's the exact same Jedi Enclave from that game, just hundreds of years later within the current SWTOR timeline.

Do you have any tips for new players or players looking to get into content creation themselves?

There are a fair few tips that I have for new players. The first is to enjoy the game at your own pace. The game has a Free-To-Play model which is, in my opinion, brilliant to start with if you're absolutely new to the game and want to test out what SWTOR has to offer. And trust me, there is a lot to play through, no matter if you're a subscriber or not.

Secondly, I'd suggest joining a guild, which offers a lot of everything when you're new. These guilds usually organize community events, which are a lot of fun to participate in. And through those, you get to know a lot of other players as well.  And most importantly: Have fun playing the game! There is plenty to do within the game, regardless of what your playstyle is.

We want to thank Aviriia for taking the time to sit down with us, and we hope you enjoyed the interview with another member of our Content Creator Program!