Receive rewards for testing Legacy of the Sith on the PTS!

Thank you to all the players who have been providing feedback on our previous phase of PTS featuring Loadouts, the newly updated Character Creation flow, and the Gunslinger, Commando, and Shadow Combat Styles.

Earlier this week we opened PTS up again and this time around, we are happy to announce the return of PTS rewards! During the holidays, you will be able to earn PTS rewards by completing the following tasks:

*All rewards will be distributed with the launch of Legacy of the Sith.
*To further celebrate our anniversary, we are bringing back The First Line of Defense and The Cutting Edge Titles which have not been available since PTS near Star Wars: The Old Republic's launch.

While players are logging into PTS to earn that new title, they will also notice a couple more systems have been added to be tested. Most notably: 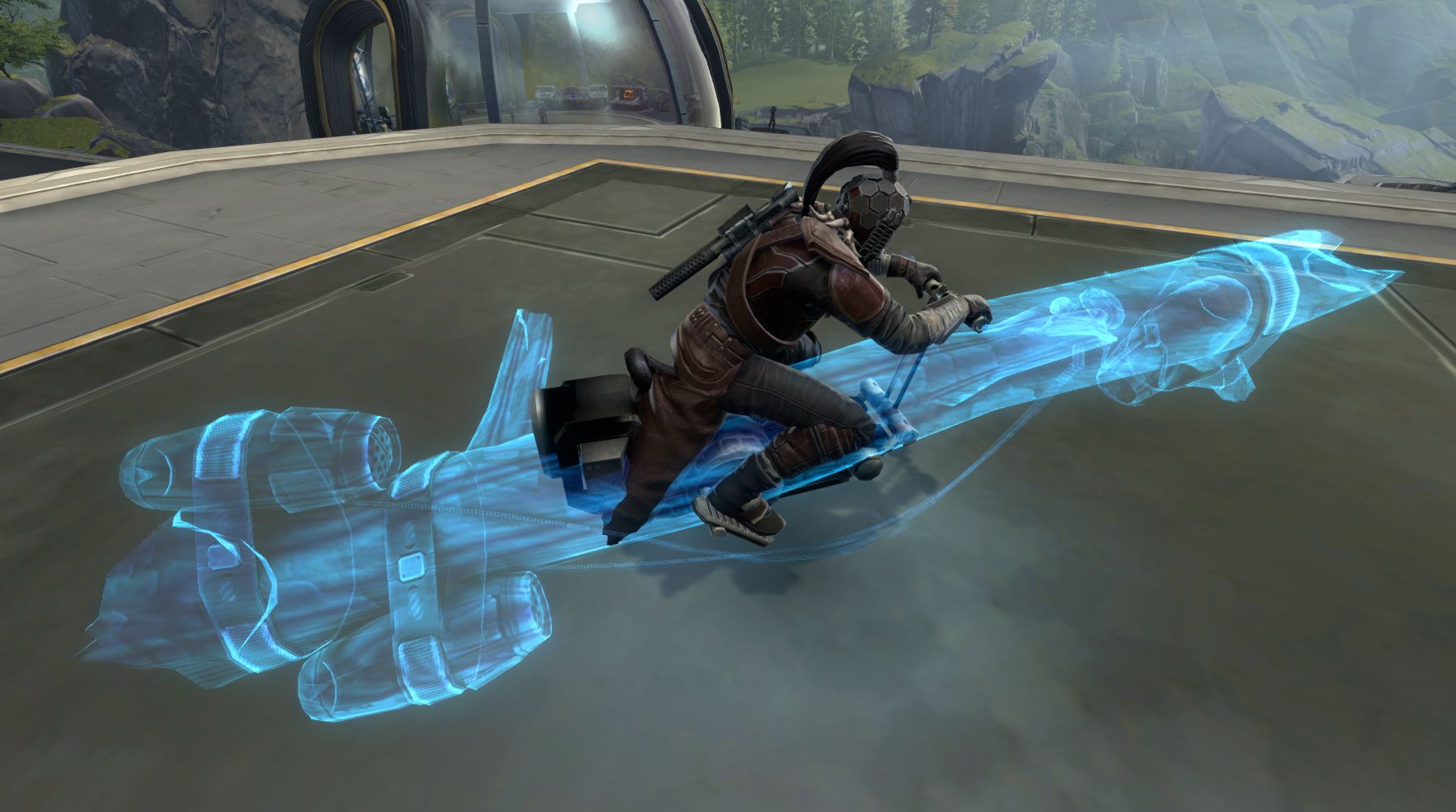 We reached out to Kai Zykken, noted interplanetary adventurer/entrepreneur, for a description of the MK-90 Holo-Log Mount:

"Well, so many people came to me after we released the old MK-85 Log Mount, and said ‘Wow! So impressive and ingenious!' and I said ‘Of course, I'm the one who made it!'

But everyone knows Kai Zykken doesn't settle for perfection. So I scoured the galaxy for a new breed of log: a log that would be sleeker and faster; a log that wouldn't give you splinters every time you sat on it or grow mold in the rain; a log that was constantly glowing so that no one could possibly look at anything but me... I mean, you, as you ride by!

I never found that log, but I did find a state-of-the-art shipment of holoprojectors!** Mix in a secondhand swoop engine and a few dabs of Corellian industrial adhesive and boom, the MK-90 Holo-Log Mount was born!"

*Kai Zykken may not have actually made any components in the original MK-85 Log Mount.
**Any similarity between the holoprojectors used in the MK-90 Holo-log Mount and those reported stolen from a storage facility on Carrick Station are coincidental until proven otherwise in a court of law.