NEW TRAILER FOR THE EVENT!

We're back with the third installment of TRE's 1v1 tournament! Last time we saw Brannera take the 1st place, we saw a moisture droid wreck fools and we saw an assassin get salty about leaving the duelling area! If you want to catch up on the previous two touraments I recommend Skyrush's abridged versions which can be found here:

This will most likely be the last "normal" tournament before 4.0 drops so we've returned to the planet it all started on - Voss!

The format will be the same as the previous two events with Stealth and Non Stealth classes being separated out in the initial brackets and the champions of each side facing off in the finals.

The tournament will be hosted by myself and Nexy and we're both hoping that the cheap server transfers will encourage players from all over to come and take part (even the French servers), the prizes available certainly make it worthwhile if you think you have a chance of placing in the top 4!

I'm going to leave the amount of signups uncapped for the time being but to keep the tournament banding from getting messed I might have to make some changes after we get to 32 sign ups.

Anyone who would like to donate credits / prizes for the tournament please get in touch with either Snave or Nexy on this forums or in game.

and I'll update the spreadsheet as we go along.

WHO WILL BECOME THE ULTIMATE REGSTAR!

About the Author
Author: Asana
back to top 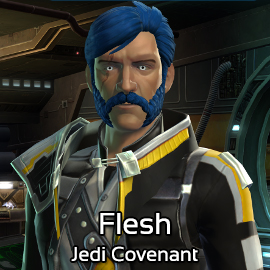