How to Discover the Eckard Lokin Secret Achievements

A guide on how to unlock the secret Achievements associated with Alliance Recruit Eckard Lokin.

Hidden Achivement: There you are!

There is a secret achievement associated with the Alliance Recruit Eckard Lokin. Once you have recruited him he stands near a console in the Military hangar near Admiral Aygo.

On the console is a Thranta Meat Snack Box. Click on it and you'll get temporary ability pop up called . 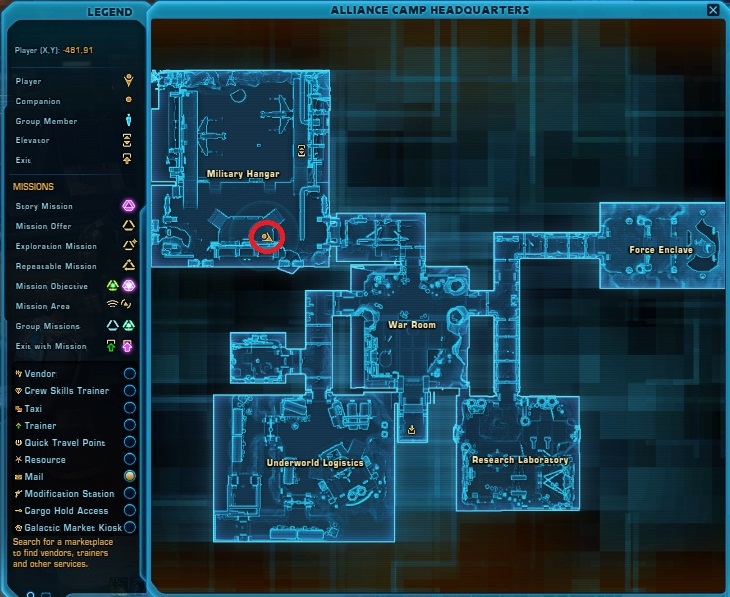 All you have to do now is find a Rakghoul called Scritchy. You’ll find him hiding in the rafters, near pipes in the roof of the hangar bay or above the console screens. Note he is never in the same spot, he moves around. Get within 30m to throw the Thranta Snack at him.

Then you will unlock a hidden achievement which unlocks a daily called "Feeding Scritchy". You can only feed Scritchy once per day. You have to feed him 10 times to complete the achievement. 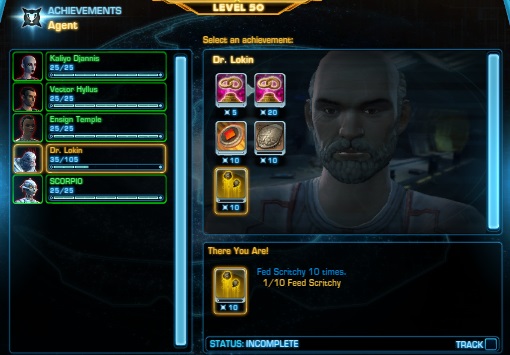 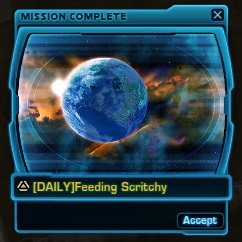 This achievement is suspected to be bugged at this time. You can find more discussion about it on the SWTOR SubReddit in this thread: https://www.reddit.com/r/swtor/comments/3sa2hy/how_exactly_do_one_get_the_two_hidden/