Tune in to Twitch on Sep. 30th for Knights of the Fallen Empire Gameplay Livestream 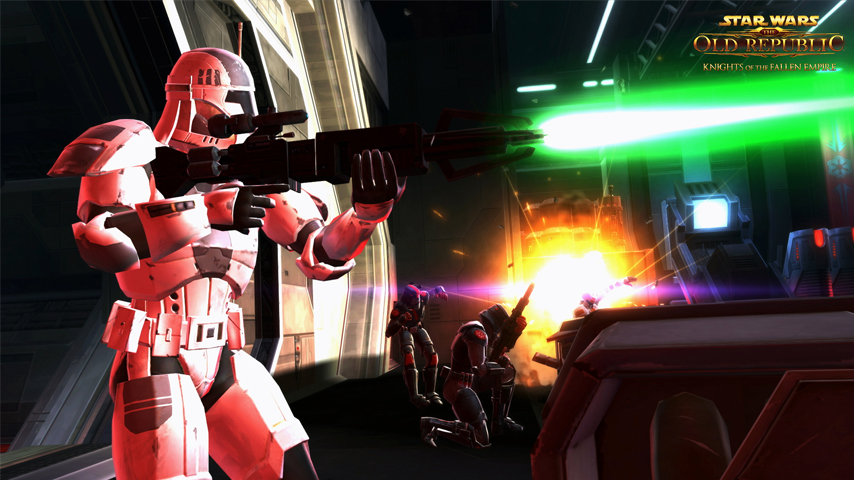 The Star Wars™: The Old Republic™ team is proud to announce the next installment in our livestream series! Join the developers and be among the first to preview the state of the galaxy in Knights of the Fallen Empire. Tune in to our Twitch channel, where we will be showcasing a wide variety of Fallen Empire gameplay features, ranging from User Interface updates, to Starting at Level 60, to Core World and Crafting changes! Get ready to experience live gameplay from the upcoming expansion, and listen in as our developers answer your most important questions. We hope to see you on the stream!

WHAT:
Live Knights of the Fallen Empire Demo – Preview some of the expansion's most exciting gameplay changes!

MORE INFO ON KNIGHTS OF THE FALLEN EMPIRE:
www.swtor.com/fallen-empire