The following series of messages were obtained from a datapad discovered by Rishii villagers and traded for shellfish seasoning. The messages, written by a prospector keeping in touch with his wife, are presented without alteration. 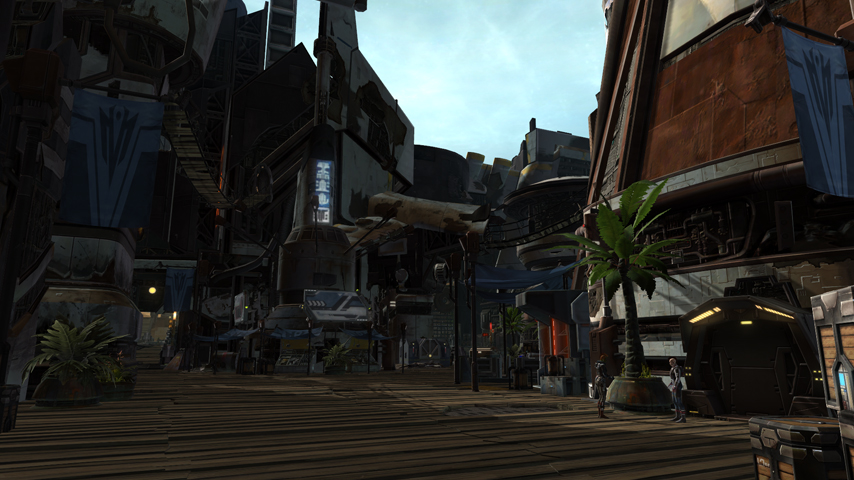 I've finally done it, Marani! I've made it to Rishi. No more of the heat and hostility of that damned mirkanite trade! I was dropped off at what is apparently the only real port on the planet, a place called Raider's Cove. It's a lovely place and I'd think it would make for a fine vacation spot if it wasn't for all the riffraff.

Wouldn't you know, my first day I'm doing my meet-and-greet with the local traders--you know how I am about making connections--and none of them seem to know anything about any prospecting! Ha! Keeping it all to themselves, I suspect. I told them I heard all the stories of people coming to Rishi and striking it rich, but they seemed... I don't know, almost nervous?

I didn't get to really probe any further because some pickpocket got hold of my trading gems! Can you believe my rotten luck? Well, of course you can. I gave chase, but you know my lungs aren't the same since Mustafar. 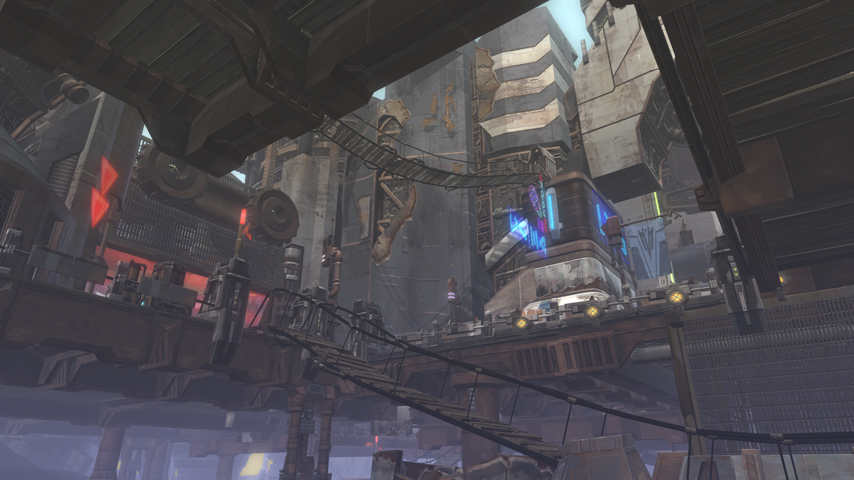 Remember what I said about my luck being so abysmal? I take it back!

I never did find that pickpocket, Marani--but he did lead me down into the slums under the Raider's Cove trade port. I know, doesn't sound very fortunate, but turns out it was. Several of the "residents" down there were actually quite forthcoming about the hidden riches under Rishi's untouched isles.

Sadly, none of these poor souls had any luck mining this fossil fuel exonium, but you know how determined I can be! Armed with their information, I rushed to the local watering hole--a place called the Blaster's Path--and have arranged for a guide to take me to the best-known exonium veins in all of Rishi. I'll contact you again once I've reached my destination. 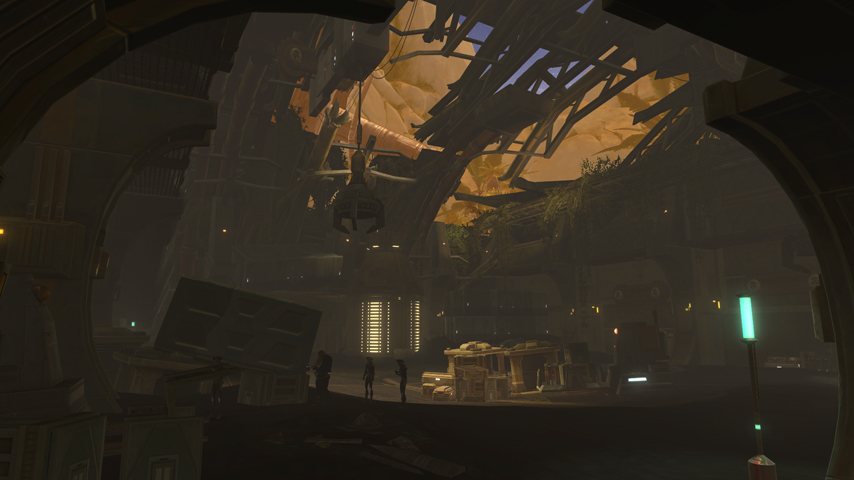 SUBJECT: I am so sorry

Marani... I've made a mistake in coming to Rishi. A terrible mistake.

That "guide" I hired? He didn't take me to any exonium at all, but across Horizon Island to a giant crashed ship where some kind of pirate consortium had set up shop. Their man in charge told me that they're the only ones who get to profit off exonium! I balked at such bald arrogance, to which he responded that if I wanted to mine exonium so badly, I could do so as his slave!

Suddenly it was Mustafar all over again. Worse, even! They packed me aboard a ship headed for some sort of slavers' camp. I thought of how I'd never see you again, maybe never even get to write you again! That just made me so upset, so desperate, that I released the ship's emergency door and dropped down into the waters below!

And that's where I am now, floating on a metal door in the middle of nowhere. None of my equipment, my rations... nothing resembling a paddle, save for my arms. Considering they left me here, I can only assume they know the odds of my survival.

There's so much I want to say, Marani, but the heat and dehydration make it hard to focus. I will try to write again soon. I will try to survive this. 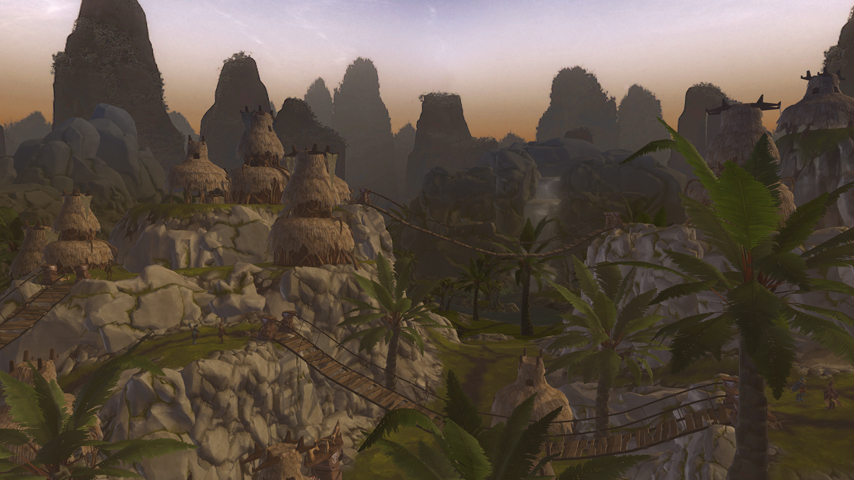 Marani! You won't believe this!

I spent two days on that metal husk before some kind of terrible aquatic creature tried to turn me into breakfast! I hardly had the energy to paddle away from it as its fin came closer and closer, faster and faster... and then SHWUCK! SHWUCK! It was hit with spears from above like some kind of miracle!

The massive fish that wanted me to be its food became the food of the local natives--and my food, too! These winged people who call themselves Rishii took me to their village and showed me a wealth of hospitality. Such kindness! I am so grateful to these wonderful beings!

So now I'm on this remote island of theirs. It's a true paradise. You would love it. There's a whole other galaxy of stars you could gaze at up in the sky. And! And they put me in touch with a local prospector, who promised to tell me where I could find exonium. He said there's enough on this island for both of us to get rich many times over!

Sorry for the scare. I'll be in touch soon, my dear. 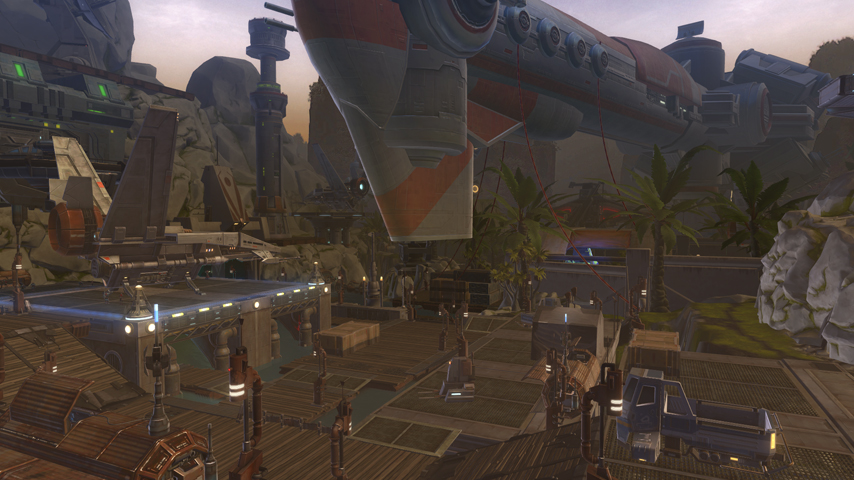 The prospector sent me out of the village with a map leading to a cave that he says is rife with exonium. He even loaned me his spare prospecting equipment, which seemed very kind of him.

But I won't lie, Marani--as I stood at the mouth of that cave, I couldn't help but think of how I was misled on Horizon Island. And there was a sound coming from that cave. An ominous, ghastly sound. After trying to gather up my courage for what seemed an age, I left that place.

I decided I'd use the instincts that have served me so well in the past as a miner, and that this time I'd see it through all the way so we could finally have that life of complete financial security we've always wanted. So I moved on past the cave. I was feeling good. Great, in fact. Excited of how proud you'd be of me.

But just now I stepped over a ridge and I saw... Marani, I'm not sure what I saw, except that I'm sure I wasn't supposed to see any of it. I'm hiding out right now, close by. I'd run, but knowing my luck one of them has spotted me and is keeping an eye out for me now so I'm going to wait until it gets darker and then

This was the final, unsent message. What happened to Rondo as he wrote those last words remains a mystery to this day.