There's never been a better week to expand your gear collection! Not only can you score any item to EVER be featured on the Cartel Market with the Grand Chance Cube, but you can instantly equip the galaxy's greatest battle armor with the Gold Cartel Armor AND kick off your Imperial military career with the awe-inspiring Advanced Agent Bundle. More details below: 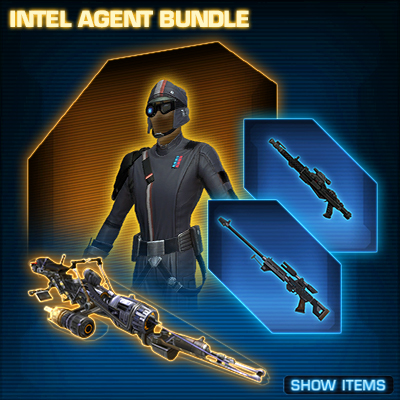