The War for Iokath: Now Live!

Get a first look at the ‘War for Iokath' Launch Trailer here. 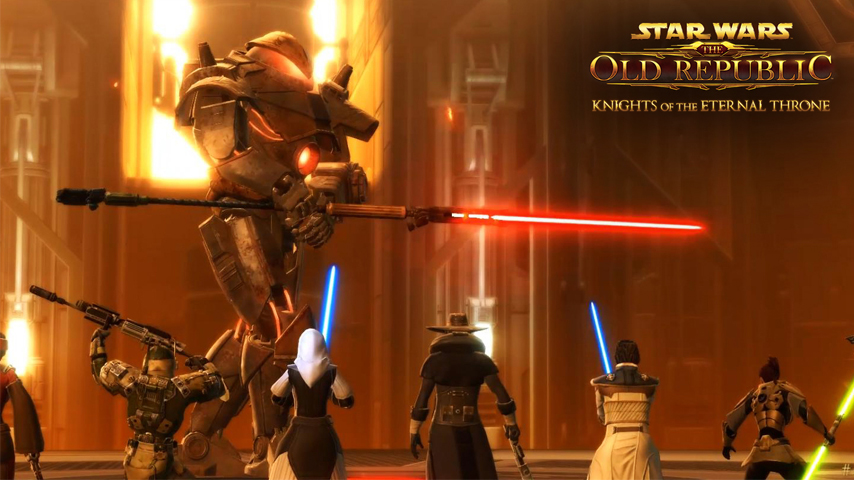 You are the Outlander, conqueror of Zakuul and the galaxy's single most powerful leader. When a deadly new superweapon is discovered, Republic and Imperial forces mobilize for war – and you are called into action once more. Choose to align your forces with either Republic or Empire, then fight your way to the Droid superweapon before it can unleash galactic devastation!

And that's just the beginning. Join a massive Player-VS-Player factional war, battle in Walker-VS-Walker combat, reunite with fan-favorite Companions, and much more!

Rally your allies and pick a side… ‘The War for Iokath' has begun!