Get a first look at the ‘Story So Far' Recap Trailer here. 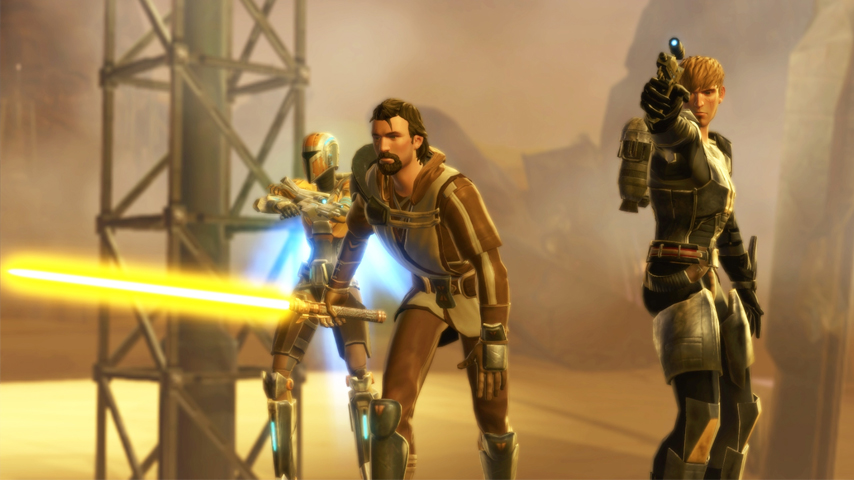 BioWare and Lucasfilm today debuted ‘Story So Far', the new recap trailer for the upcoming Digital Expansion for Star Wars™: The Old Repuiblic™, Knights of the Eternal Throne. Plus, players who maintained Premium (Subscriber) Status between October 25 - November 27 get to jump into the new Expansion with Early Access, three days before the rest of the world!

As commander of the Alliance, you – known across the galaxy as The Outlander – have fought many battles. But your greatest fight yet lies ahead, as the new Empress of the Eternal Empire musters her vast army for war against you and your allies. Together with your loyal friends, you will risk everything in an all-out battle for the throne, and a chance to rule the galaxy in the name of the Republic or Empire!

Knights of the Eternal Throne is free to all Premium Players (Subscribers) on December 2, and new players can experience the story instantly with a free Level 65 Character! Plus, rule the galaxy with Galactic Command: fight your way through fast-paced, explosive Uprising battles with three friends, or ignite dark vs. light side battles across the galaxy!

Stay tuned for more details about the Knights of the Eternal Throne Expansion: www.StarWarsTheOldRepublic.com/Eternal-Throne