The next person that we'd like to highlight in our "The Content Creators of SWTOR" series is Vulkk! Vulkk has been passionate about Star Wars: The Old Republic since its early access stage. He started creating videos on YouTube nearly six years ago, and for the past four years has been running his website - Vulkk.com. It's here that he provides a diverse mix of in-depth information in the form of news, guides, and tutorials. 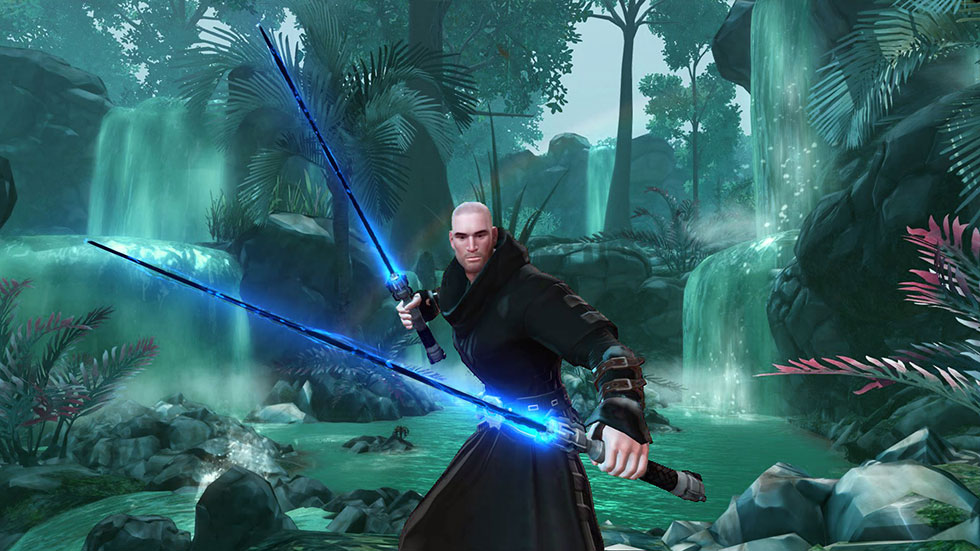 When did you start playing SWTOR?

I had been following the game's development since the Fall of 2008 when the first site went online. But my very first hands-on experience was with a Trooper in one of the beta events. I cannot remember when, but I do know the game was already close to its launch date. Since then, I have been playing Star Wars: The Old Republic from Early Access onwards into launch on December 20th, 2011. Playing a Star Wars MMO has been a fantastic feeling for me and I've enjoyed the game over these past seven years.

What was your fondest experience throughout the history of the game?

My best memory so far is the final boss fight in the Jedi Knight storyline. I have played through all the original stories multiple times and have enjoyed them all, but the Emperor fight in its original stage and difficulty tuning was simply amazing. A true challenge and a great accomplishment. I also have a lot of great memories from raiding the Operations. The timed Nightmare Mode (NiM) runs in the Fortress and Palace, that one time we beat the timer against Styrak just two minutes before it expires (we got the speed run title), the run when I got the Wings of the Architect on my Marauder, and so many more.

It's been about six years since I started, so I may be remembering things a bit differently than what really happened. Truth is I started recording videos to improve my gameplay by watching my NiM Ops runs to see where my team and I made mistakes. Later I started looking for a way to archive the footage off my HDDs and decided to start uploading them to YouTube. Slowly over time people started gathering, asking questions, being interested in seeing more content and specifically videos tailored to showing new players tips and tricks.

My long-lasting dream of having my own website eventually gave birth to VULKK.com in the Summer of 2015. Since then I have been spending a lot of my free time after work (and sometimes during) creating content in both written and video form. I have built a lot of great and long-lasting relationships with all kinds of people, which has been a great experience for me. The content I produce gives me a chance to find out what other like-minded members from the community think, how they react to what's happening to their favorite game, and how they enjoy this or dislike that.

Speaking of your website, were there any hurdles you experienced with the creation and running of your own website?

The biggest challenge is time. I don't like to leave things untested, unchecked or lacking a proper update schedule. It's not always easy for me to come home from work and sit down to write or update an article, create a new video or respond to my community. To help myself, I created a rule when I started the website - only write about things I am passionate about and always do it from my own perspective. Writing the text for an article or script for a video is the easiest part. A lot is happening behind the scenes, some of which I had no idea about until I started doing this myself. The love for Star Wars, SWTOR, and my supportive audience, is what helps move not just forward, but upward too.

Tips for starting as a content creator is a very popular question and I will likely not reinvent the wheel by telling anything I have done or followed. Instead, I will point to the most important features a person should have before they consider this:

With everything that we announced in the upcoming ‘Onslaught' Expansion, what are you excited for the most?

I am happy to finally have the expansion details revealed. It has been more than a year since the official announcement. As a huge Star Wars fan, I thought the most exciting element would be the story and return of Empire vs Republic. However, after the announcement and the new details we got, I am really eager to hear and see what the new gearing system will be.

September brings SWTOR's Onslaught, November gives us Jedi Fallen Order and December finishes things with the end of the Saga with Rise of Skywalker. Could this be too much even for the most hard-core fans? Pfft! Give us more!