Our community highlight series is back! This series of articles shines a light on members of our Content Creator program, the people who create walkthroughs, videos, guides and provide entertainment for fans of Star Wars: The Old Republic. We sat down with YouTuber and Twitch streamer PeterTheSelkath to talk about the many years he's been creating SWTOR related content and how he's gone from creating guide videos to livestreaming Operation runs with members of his community. 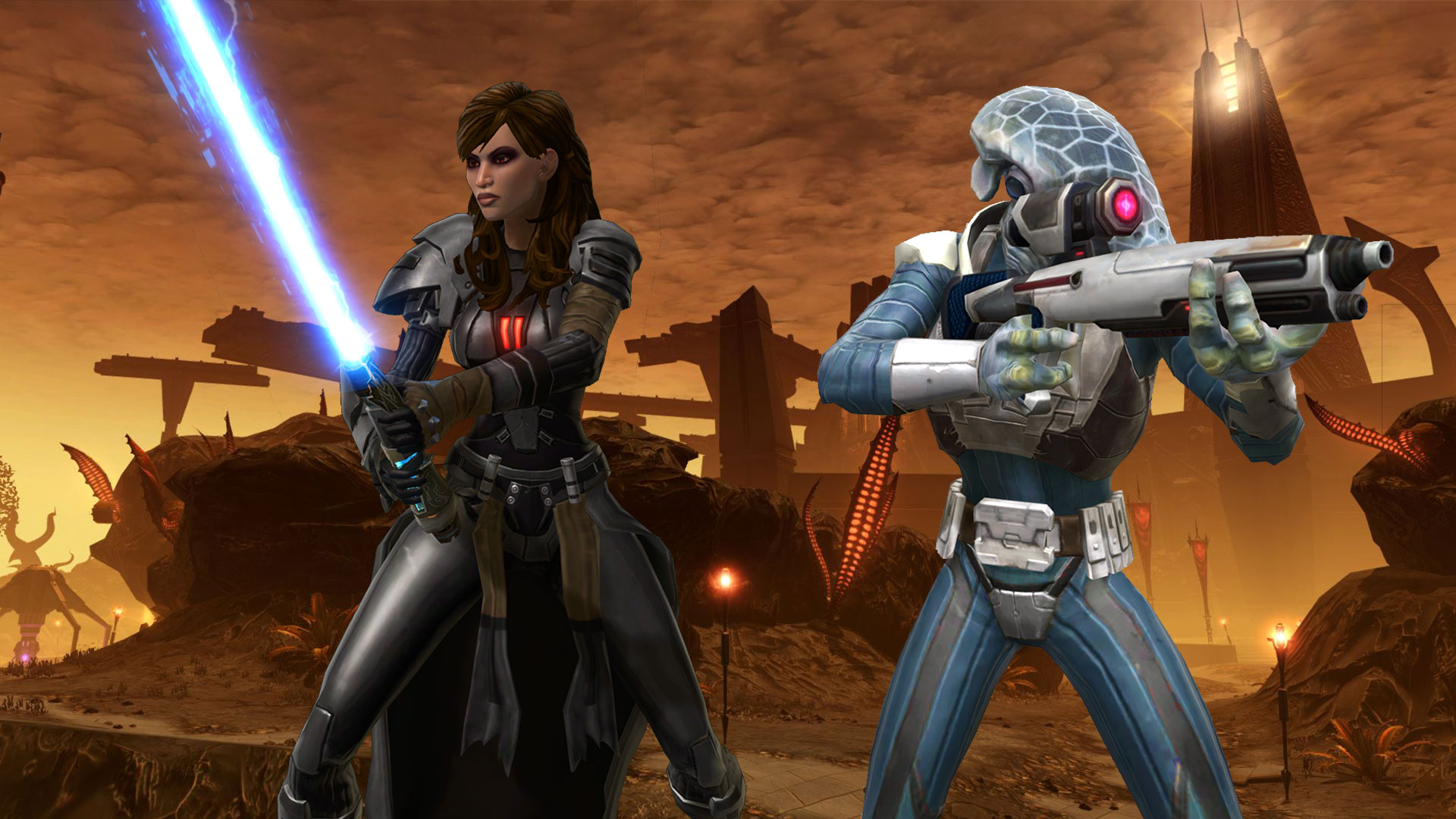 Like many nowadays, Star Wars is something I was introduced to at an early age. When my dad was in the army, his favourite movie was Star Wars: Episode V. My dad introduced me to Star Wars when I was around 5 years old, and after that, I was hooked! I played almost every single Star Wars game and watched every single movie. Both Knights of the Old Republic games hold a special place in my memory. Even now, they're still some of my favorite experiences. With all of that combined, I knew that SWTOR was something that I absolutely had to try.

Hmm, there is a lot to think about here, but I think it would be impossible to pick just one. When I got the Collector's Edition, I looked at that Darth Malgus statue, and I was blown away! Also, when I defeated Vitiate for the first time during the Jedi Knight story, that was a really good and challenging fight.

After that, raiding is something that's near and dear to my heart. I still remember killing Kephess in Master Mode years ago. My group was actually the world second kill for that boss!  While we missed the world first claim, this is still something that I look back on fondly.

Oh, speaking of raiding! I recently got back into streaming raids, and most of my viewers wanted to try it out for the first time. We even managed to defeat every single Veteran Mode boss, all the way to Dxun ("The Nature of Progress" Operation).

I first started on YouTube back in 2013. I really enjoyed making videos and creating guides for some of the newer people to SWTOR.  Fast forward to 2016, I started streaming on Twitch. That's when I realized I loved entertaining people! So from then on, I just wanted to make people laugh and entertain them. But, I also still had the passion and drive to make videos and guides, so I had to find the right balance between the two.

Then in 2017, I was fortunate enough to take control of the "SWTOR Central" channel on YouTube, which I now jointly run with Sam, another content creator. Ever since then, I found a good balance between making videos and making people laugh on Twitch.

As a bilingual content creator, how have you juggled having both English and Hungarian speaking viewers?

I'll be honest, it was really difficult at the start. When I first started to make videos, it was really hard not to mess up both my pronunciation and general word choice. I still struggle with it to this day, actually; but at least I make people laugh with my English mistakes! I really love the fact that I can understand the Selkath language in this game though, so I guess that's a good advantage for me. For anyone that didn't know, if you listen carefully, Selkaths speak Hungarian.

I honestly think, no matter what you do, as long as you are doing good and people understand you, it doesn't really matter what language you speak.  Star Wars is something that transcends language barriers, which is probably one of the reasons why it's captivated so many people for so many years.

You mentioned helping newer players, so let's circle back to that to wrap things up. Recently, there has been a rush of new players thanks to our launch on Steam; are there any solid tips you would like to recommend to them?

Raiding! Please, try raiding! There's already a bountiful amount of tips and guides made by my fellow content creators, so I want to use this opportunity to ask people to try different aspects of the game and really prompt people to try raiding. I, personally, would love to see more people try out Veteran mode Operations. Veteran Operations are the perfect mix of difficulty and fairness for newer players to tackle head on. There's just something about beating one of the toughest bosses in the game; that feeling of satisfaction is what I want other players to experience.

But with that said, I would recommend trying out everything that the game has to offer. Class storylines, Galactic Starfighter, PvP, Operations, Uprisings, planet exploration, etc. There is so much that this galaxy has to offer! There's so much to experience, and it's right at your fingertips. Even if at first glance it may not interest you, try it. Trust me, you won't regret it!

We want to thank Peter for taking the time to sit down with us, and we hope you enjoyed the interview with another member of our Content Creator Program!