Get Your Own Star Wars™: Squadrons Inspired Mount!

Since Star Wars™: Squadrons launched on October 1st, we've been piloting our favorite ships non-stop! As a special congratulations to the Squadrons team, alongside their launch we gave everyone who logged into Star Wars™: The Old Republic™ their very own mini-pet inspired by Vanguard Squadron. Well… why stop there? We worked side-by-side with our friends at Motive to do something a little different, like giving players rewards in both games!

First, let's talk about The Old Republic. Last time, we gave you a remote controlled mini-pet inspired by Vanguard Squadron just for logging in. Now, we're stepping things up a bit. Simply redeem the code SQUADRONS on your account at www.swtor.com/redeem-code to receive your very own starship mount inspired by Vanguard Squadron! The Corellian Stardrive Vanguard Mount will move you around The Old Republic with a dash of that Vanguard Squadron flair. Act quickly, as this code will only be active for two weeks, from January 14th - January 28th, 2021 (at 9AM PST respectively). 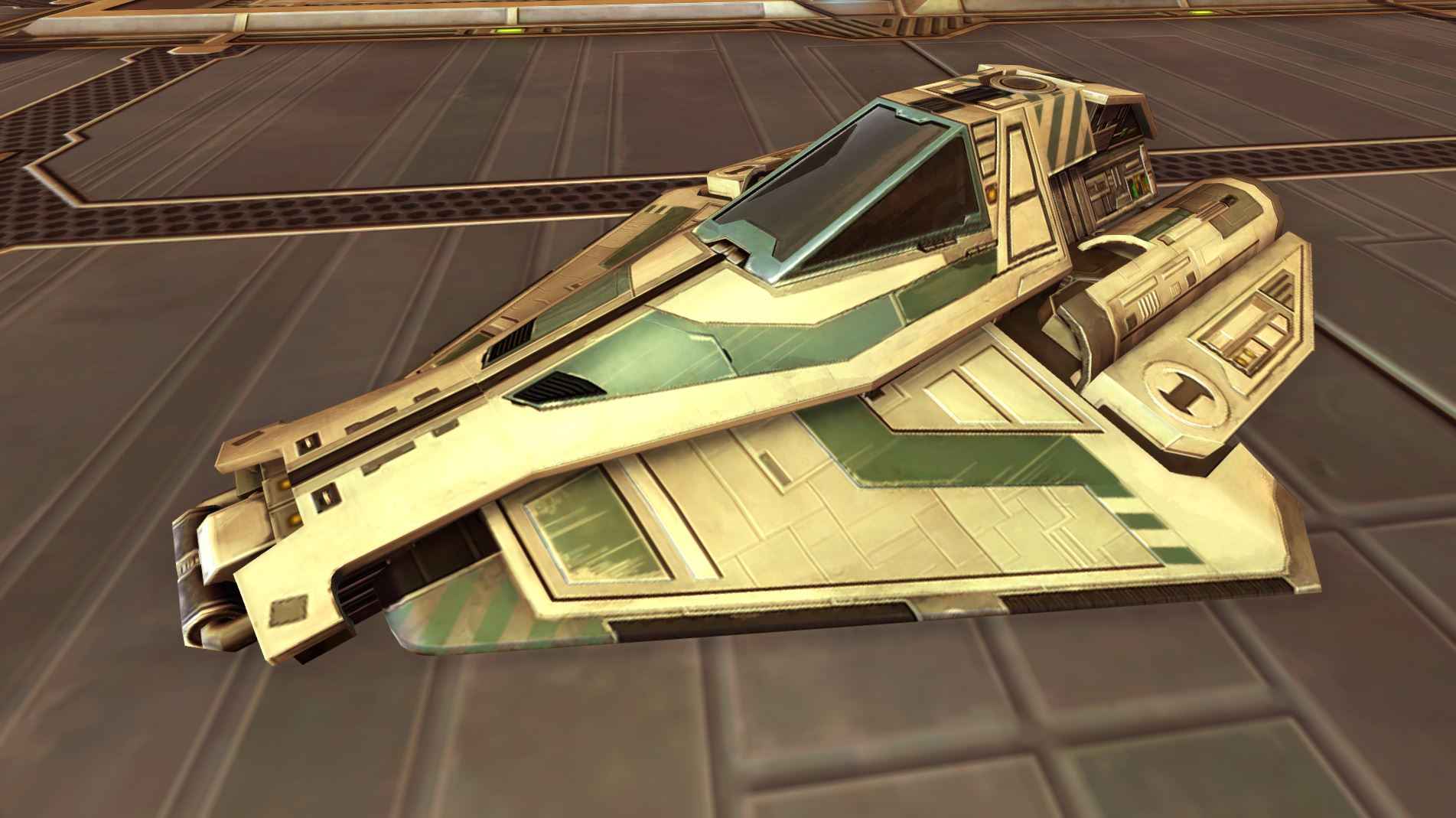 But that's not all - you can also earn Old Republic era inspired rewards in Squadrons! The team over at Motive has made it pretty straight forward for all their pilots. Simply jump into the game and go to your hangar where you'll be able to find the cosmetics in the Hanging Flair section when customizing your starfighters: one in the New Republic's hangar and another in the Empire's hangar. You can use your Glory points to unlock them right away!

Whether you're piloting your favorite starship in Squadrons or living out your personal Star Wars fantasy in The Old Republic, you can be rewarded today!