Ranked PvP Season 14 will officially start tomorrow with the launch of Game Update 6.3 "The Dark Descent"! Rewards for players who achieved Bronze, Silver, and Gold ranking in Season 13 will be waiting in your mailboxes following tomorrow's scheduled maintenance. For those who climbed to the very top and obtained Platinum ranking, rewards will go out in the near future. As we kick off the new season, let's talk about what rewards Ranked Season 14 will offer.

Since we introduced a new Mount and new Armor set in the last two seasons, it's time for us to introduce a new Weapon Set! Check out the concept art for the Season 14 Weapon Set below. Stay tuned--later in the season, when we announce the ratings breakdown, we'll show off screenshots of the weapons in action. 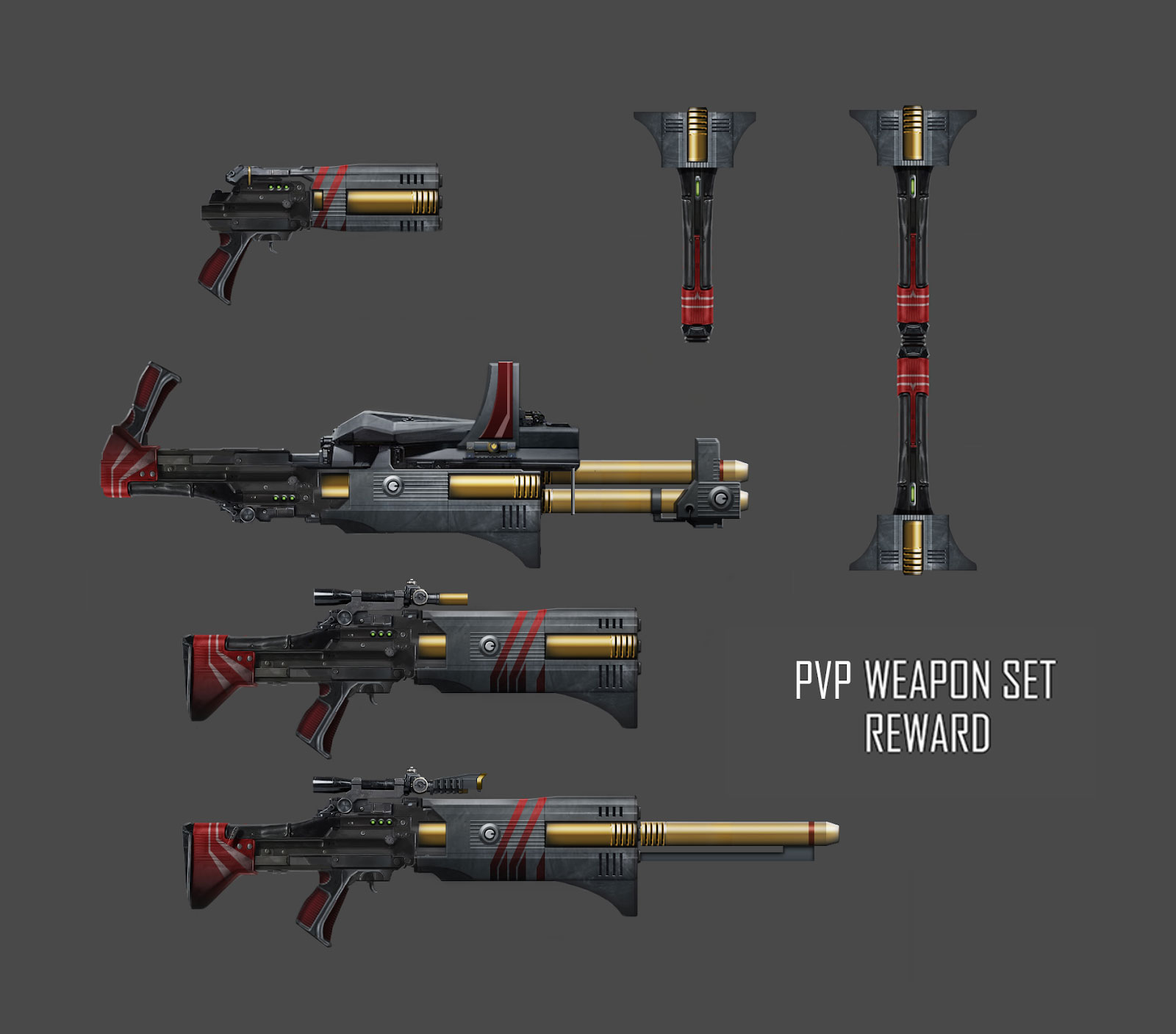 We're slightly adjusting how we communicate the rewards for reaching Bronze, Silver, Gold, or Platinum rankings. Rewards for each ranking will be communicated at the start of the season in addition to revealing the new rewards. This way, players will have a better understanding of what rewards they can aim for!

As for each tier's rating requirements, players will have to wait until we're well into Ranked Season 14 for that breakdown. With that, we wrap up the Ranked Season 14 kickoff article. Best of luck to every PvPer across the galaxy!