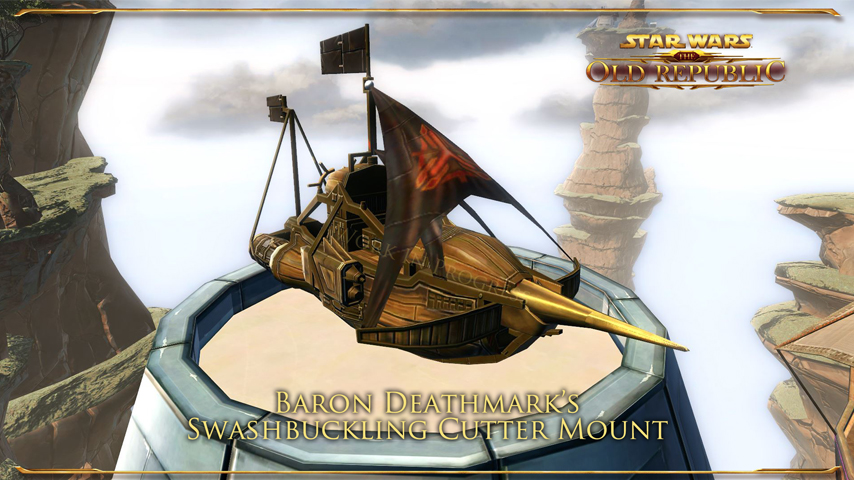 The culmination of Season 4 is fast approaching so batten down the hatches! The end of Season 4 will come with Game Update 3.2 and your rating, when the servers come down for the update, will determine which tier you are in and what rewards you receive. The higher your tier the more booty you will plunder!

Just like in previous seasons, the Highest Earned rating that determines the tier you are in – not Current – so no need to feel like you are risking Rating by going after the next tier up! To see your Highest Earned Rating, check the Warzone Rating and Stats page in the Warzone Queue GUI. Please note that the Rating displayed on the Leaderboards are the Current Ratings, not Highest Earned. Once Season 4 has come to an end and all Ratings have been reset, the Season 4 Leaderboards will be archived off so you can always reference who was tops in previous seasons. 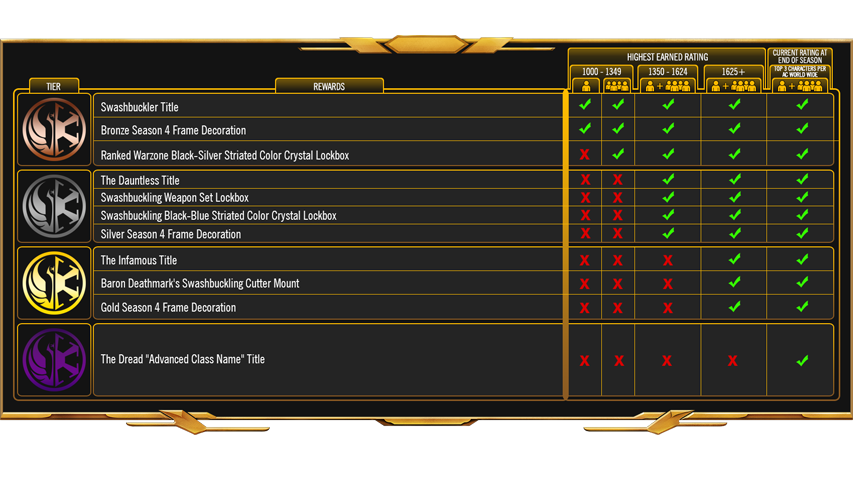 The Black-Silver Striated Crystal Lockbox is a Ranked Reward that will be available (and only available) in future Ranked Seasons. If you miss out on it the Black-Silver Lockbox this season you and your compatriots can attempt for it next season!

Are you dashing enough to commandeer Deathmark’s Swashbuckling Cutter? Get the crew back together for one last hurrah or dare the solo queue and prove your worth!

May the Force be with you! Happy hunting!