Along with the changes to Combat Styles, we wanted to give our players an inside look into one of the big updates coming to gearing in 7.0. Introducing Legendary Items, a new way to customize the play style of your character! Following the philosophy of allowing players more opportunities to personalize their gameplay, we want to dive into how these will be implemented in Legacy of the Sith. 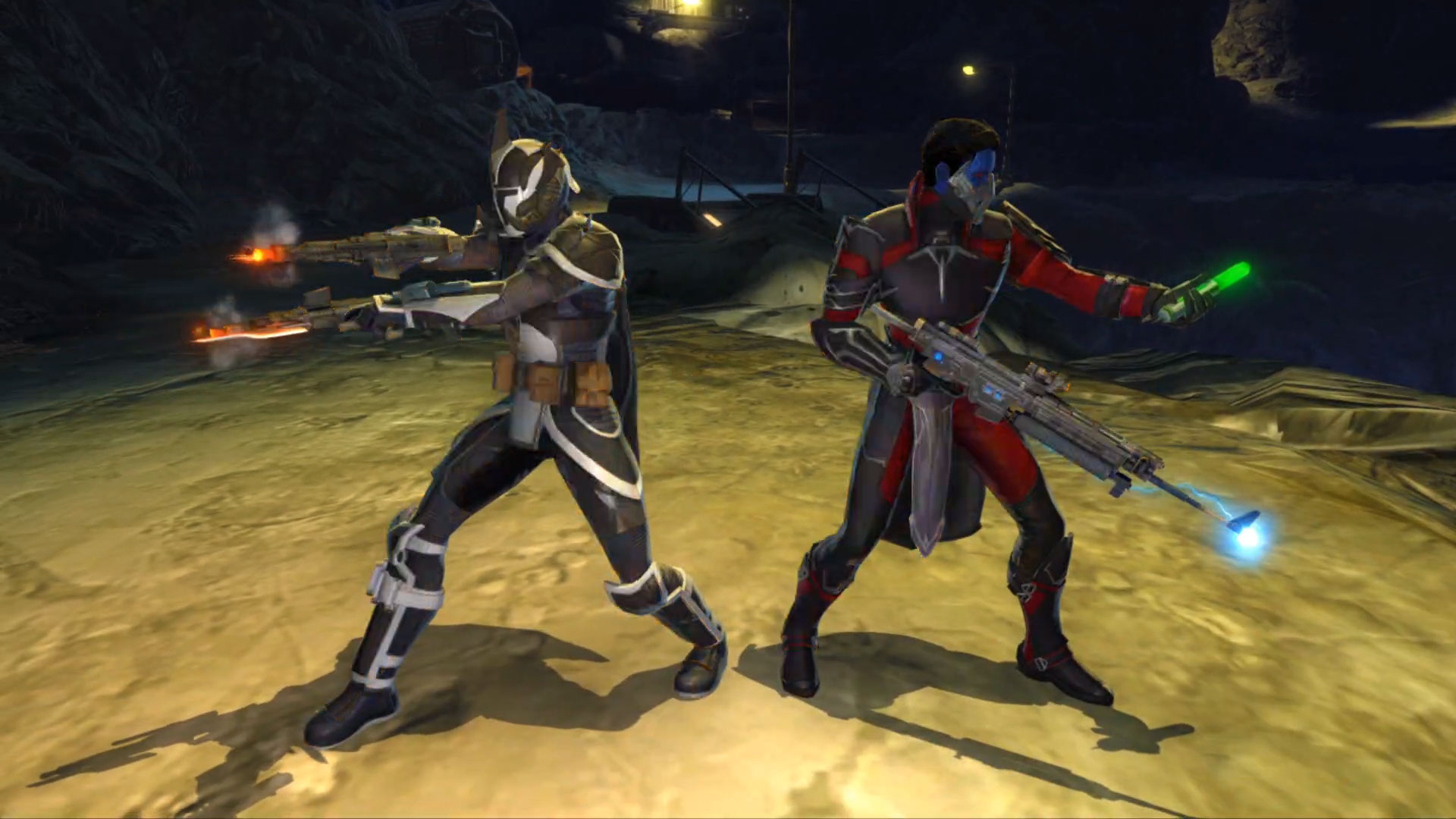 Legendary Items are Earpieces and Implants that have a Legendary bonus on them. This bonus can only appear on these items. Previously, you would see these types of bonuses when you collected set bonuses, which were previously gained by collecting two, four, or six pieces of specific armor.

Starting in 7.0, you now only gain these bonuses on Legendary Items and not sets. By having these appear on single item slots, you will have greater customization of the bonuses you receive. We will be able to provide a broader range of options, including some older fan favorites. When we get closer to testing out Legendary Items, we will be asking the community about their favorite set bonuses from previous game updates, and incorporating many of them into the initial 7.0 batch of Legendaries. More on that to come!

How do Legendary Items work?

Players will be able to equip two Legendary Items at a time. Each piece of Legendary gear will have a unique effect that will enhance and improve various playstyles, and affect your stats in the same manner that gear does today. Implants will have a greater focus on utility improvements, while Earpieces will be more skewed towards improving Combat Style power and effectiveness. No more needing to stack multiple pieces of gear in order to get a set bonus's effect since it will be rolled into a single Legendary Item!

These items will be obtained at a lower item rating (non-max level) and can be upgraded to higher levels. Essentially, you can increase a Legendary's item rating over time as they do not need to be replaced like current gear does.

We want players to be able to experience a variety of Legendary Items, so they won't be inherently difficult to obtain. While you may get them at a lower item rating than some of your other gear, you will have the ability to increase a Legendary Item's Rating directly.

What about current gear?

Set bonuses as they stand today will be gradually phased out. If you are a returning player, you will find that your current set bonuses will be deactivated upon reaching level 76. Note the stats on those pieces of gear will still be applied to your character, only the set bonuses will cease functioning at that time. Rather than having to collect up to six pieces of armor for a Legendary affix, you can focus on obtaining one or two. Being freed from the restriction of set bonuses will also allow you the freedom to mix and match armor to your heart's content, allowing you to customize your characters more than ever before and without losing the effects and abilities you were accustomed to having previously.

More details on Itemization in Legacy of the Sith will be provided in the near future, so stay tuned!