Crafting the Next Story of Star Wars™: The Old Republic

What goes into crafting the new expansion for Star Wars: The Old Republic - Knights of the Fallen Empire?

Creative director Jesse Sky takes things back to the beginning. 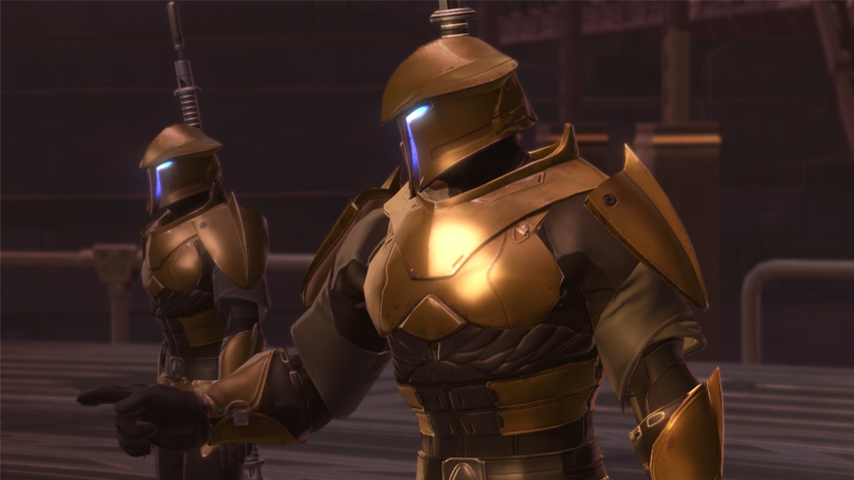 Back to basics
Last year, I decided to re-watch The Empire Strikes Back® and write down everything that shocked the audience back in its original theatrical run. It's a very long list.

That film packs a real emotional punch—it's full of twists, betrayals and revelations the entire way through. I've wanted to tell a Star Wars™ story like that ever since the first time I saw it.

When we began conceptualizing Knights of the Fallen Empire, the story was our first priority.

We decided very early on that we wanted to get back to our roots as a BioWare roleplaying game. Star Wars: Knights of the Old Republic is the game that made me want to work for BioWare. It showed me just how immersive cinematic storytelling can be.

In its best moments, Star Wars: The Old Republic captures the same magic, but we want the whole experience to feel that way. That's why we're revisiting the early gameplay experience to focus entirely on the story, in addition to crafting a brand new epic storyline. 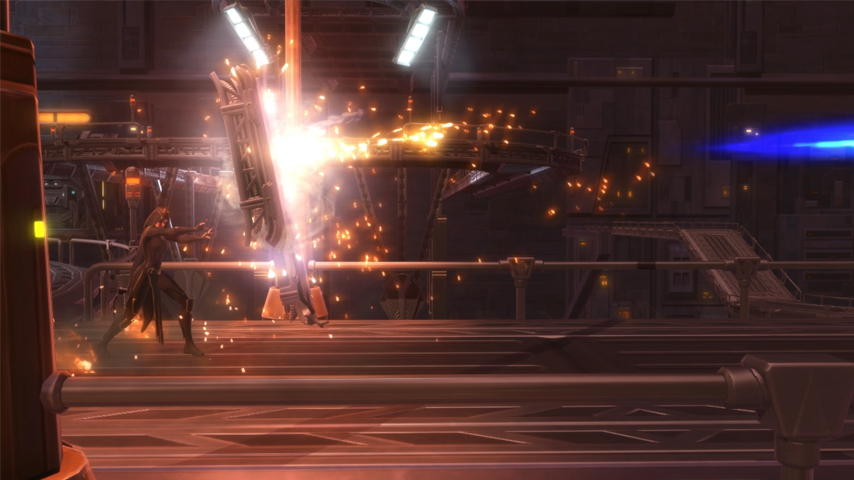 Choices and consequences
People want choices that matter, and they want companions to play a bigger part in the story.

The hard part is recreating the magic. A huge element of successful storytelling is mystery, and that often means straying away from what the audience knows or expects.

In Knights of the Fallen Empire you are the main character, and it's really an origin story. As the Outlander, you have a chance to take control of your destiny and reshape who you are.

The villains in this story aren't just out to conquer the galaxy—they're after you, personally. You'll be tempted by the Dark Side and that's going to have a huge impact on what you eventually become.

Your companions also now have minds of their own. If they don't like what you're doing, they may leave. The choices matter. This is an ongoing story, and your choices may have surprising consequences down the road. 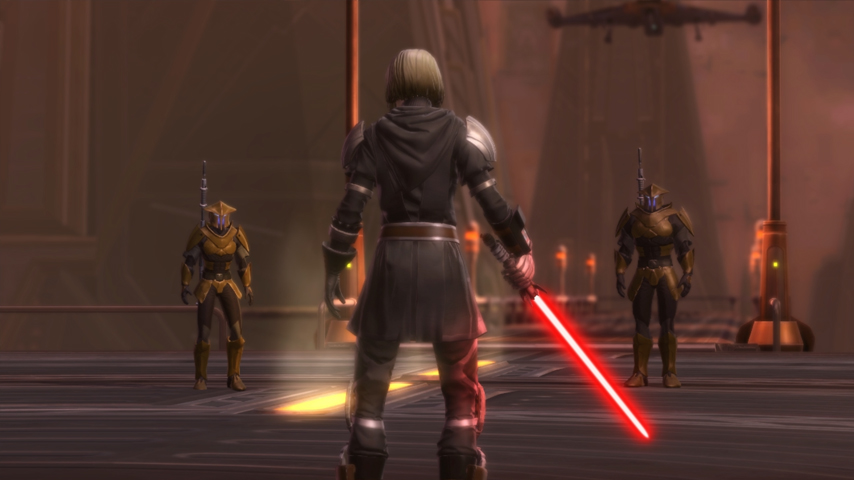 Keep your friends close
Companions are one of the things that set Star Wars: The Old Republic apart. We have a new cast of characters joining you for the main storyline, and we'll be bringing back many fan favorite companions as major characters in post-release story chapters.

You'll have a chance to recruit even more companions once you complete the story chapters at launch. We're also overhauling the companion system so that they're more useful and more fun to use in general.

You'll see older companions returning as major characters, more shocks and twists, and the consequences of your choices will really start coming into play. We'll be building towards a season finale late next year.

Whether you start at Level 1 or Level 60, the game is going to feel a lot more like a traditional BioWare title. You won't need any knowledge of the game to play the new story, and we aren't going to pollute your story with needless grinding or travel. You can just focus on the parts of the game you like.

If you tried the game at launch and enjoyed the story, now is a great time to come back.

Choose a side and explore the galaxy in Star Wars: The Old Republic here.