Join developers on August 26th for a Twitch livestream of Knights of the Fallen Empire! 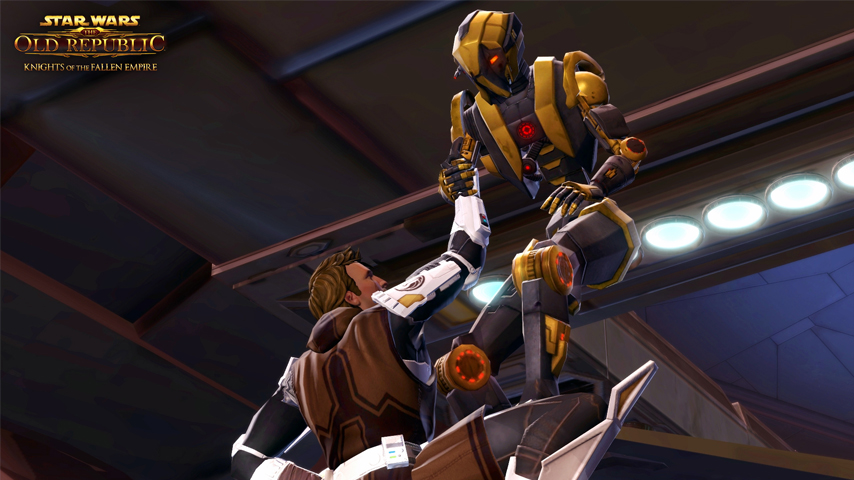 Get ready to join Star Wars™: The Old Republic™ developers live on our Twitch channel for your first official in-game look at Knights of the Fallen Empire! The Galactic Republic and the Sith Empire have fallen, and as the Outlander, you're the galaxy's last hope against a powerful new faction. Tune in to see an action-packed demo of the Outlander storyline as dramatic choices unfold and allies join along the way. We look forward to seeing you on Twitch!

WHAT: Live Knights of the Fallen Empire Demo – See the Outlander storyline in action!

MORE INFO ON KNIGHTS OF THE FALLEN EMPIRE: www.swtor.com/fallen-empire