The Economics of an Expansion: A look at SWTOR: KotFE

I want to start off by saying I’ve missed writing this blog very much. I am working through the exams to earn one of the more significant professional designations in my field and putting forth a worthy effort on the test required me to adjust my priorities away from the blog temporarily. I’m hoping to get back into a groove and bring back much of my recurring content from before soon! I have also been working on some exciting things behind the scenes and hopefully will have some cool initiatives to announce in the next few months.

Knights of the Fallen Empire

So, we're getting an expansion in October! I am happy to see Electronic Arts and Disney supporting a significant expansion for Star Wars: The Old Republic first and foremost. I enjoy this game very much and am always happy when I see it staying in the strategic plans of the large companies that control its fate in the end. Personally, the turn in the story makes me a bit uneasy because I like my Star Wars universe to have the clean dichotomies of Jedi opposite Sith, Republic opposite Empire, Light opposite Dark, etc. but I realize that there more complex stories possible in this universe so I’ve tried to reserve judgment in this regard until I experience the content for myself.

There are a number of game structure decisions that have been either hinted at or disclosed by the BioWare team so far that are the motivation for this look at the economics of the expansion. The developers have made a number of announcements that seem to alter the current status quo for the SWTOR community that I don’t think anyone was expecting necessarily, but it is also very early in the announcement cycle of the expansion so much more will be revealed over the next few months.

The announced timeline for content release begins with subscriber rewards at the end of the months leading up to Knights of the Fallen Empire which include a companion, some blasters, a coat, and a swoop mount. Everyone with an active subscription at those four break points also receives early access 7 days prior to the official release of the expansion in late October. The plan has been outlined that the initial release will include the first 9 chapters of the new storyline, with an additional 7 chapters planned for monthly release in 2016.

It is difficult to render a verdict on what that means relative to prior content cycles until we find out what each chapter entails. If each chapter is equal to or greater than the recent Rise of the Emporer content then monthly releases are an increase in the frequency of the story content. There are looming questions that are being actively avoided by BioWare mostly regarding the role or status of various end-game content within this new paradigm. I am very concerned about this aspect of the content cycle, but am trying very much to reserve judgement until an official announcement. The announcements and explanations of their plans will become more clear over time, but my opinion is not based on my personal desire to play end-game content because I have only begun running Operations content in the past few months and happily played this game long before that as a more casual player. My concern is very my an economic one as I see BioWare trying to have their cake and eat it too…

A Return to the Subscription Model?

The final sentence of the content cycle paragraphs deserves its own analysis. Here is my thought process regarding the business model of SWTOR and why I’m concerned that BioWare might be reaching a bit. The content cycle of the Knights of the Fallen Empire seems to be a return to focusing on subscriptions for a game that has been very friendly to non-subscribed players for a long time now. I suspect that BioWare is seeing a major decline in subscriptions in 2015 so far which is motivating this decision to directly tie the expansion to subscription status. They pride themselves on being a studio that uses data to drive decisions about the game, but I am increasingly concerned that it is not data analysis of the rigor that would be used in finance or engineering.

So BioWare has announced a single-player story progression expansion based on a subscription model. Especially for a game that has not required subscription for years, this is a very odd business choice. I cannot think of another explanation than my decreasing subscriber numbers theory, but this is where the data analytics concern comes to the forefront. BioWare seems convinced that story content is the primary demand within the player base, but how does story content demand compare to end-game content demand among their subscribers? There is also a key concept of survivorship bias which is common in investment analysis, the basic premise is that you have to include investments that performed so poorly that they ceased to exist (mutual fund that closed completely, for instance) in any historical analysis or your results will be biased. So the real question that BioWare should be asking is not whether story is the penultimate demand of all current players, or even current subscribers, but rather all players that have ever subscribed. If players have already left since launch due to a lack of end-game content, which the consensus would support as a viable theory, then BioWare is allowing survivorship bias to dominate their decisions.

I will end the section with a loose quoting of Snave, a prolific SWTOR streamer, during the last episode of Ootinicast. His point was that just because everyone spends most of their day at work does not mean that everyone prefers work over leisure, but that BioWare’s approach to data analysis would think this was the case. Player behavior data is not a pure indication of player preference, but rather an indication of player preference relative to the current quality and freshness of various content in the game. The apparent lack of discernment between those variables by BioWare is extremely concerning to me, since I want this game to succeed for the long-term.

Finally, any business needs to define its target audience and its own core strengths. BioWare seems to be taking this thought process by emphasizing its return to its story-telling roots, but the target audience aspect seems to be giving them trouble still. As discussed above, the business model is leaning even more heavily toward the MMO staple of subscription revenue. However, BioWare’s focus on its story-based core strength is most appealing to single-player RPG fans, who are largely used to buy-to-play games. The interviews since E3 have been very interesting to me in this regard, because I think BioWare realizes this dilemma. The developers that are being interviewed attempt to avoid the term MMO completely, which makes sense if the studio has decided that RPG players (not MMORPG players) are its target audience. The issue is that the business model choices are not aligned to that player base and the existing subscription base is full of MMORPG players that expect more end-game content than BioWare seems willing or able to provide. There is a tension here that BioWare seems leery to face, they must decide what this game will be and who its target audience will be, and communicate that effectively.

I am legitimately concerned about the business decisions that I’m seeing so far in Knights of the Fallen Empire because of potentially flawed data analysis and a bold assumption about players’ willingness to pay subscription cost for story content. BioWare wants the revenue that its MMO players provide through willingness to pay for subscriber status, but it cannot provide the content that this group requires to remain subscribed. If BioWare refuses to accelerate its end-game content cycle, the amount of subscribers will fall precipitously in the next 6-12 months. If BioWare does not realize this fact then the game will encounter significant financial hardship as well. I want this game to succeed very badly and I enjoy playing the game very much, which is even more reason that I fear the business decisions being made by EA and BioWare executives will be a detriment to the developers of this game.

*Note: I’ve tried very much to approach this topic as I would an investment recommendation, but I’m too attached to SWTOR to be neutral. I am not trying to be negative about the game, but I feel that I cannot honestly analyze the business model decisions without criticizing BioWare because if BioWare were a publicly traded company these are the type of reasons I would give to not invest in the company. BioWare’s current status as a subsidiary of a larger company shields them from this sort of criticism of their business decisions, but it would be quite interesting if they had to defend their decisions to shareholders in my opinion.
About the Author
Author: maebeebuzz
back to top 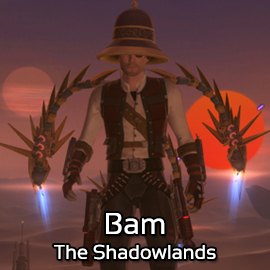