A look at the changes in Game Updates 5.0 PTS 6. Please note that this is not a compete list of all changes in the patch, is subject to change at any time (info is from PTS files), and is my own personal interpretation of the data. This post was generated by the joint efforts of SwtorHamster and Jedipedia.

Warning: This post contains HEAVY spoilers. You have been warned. 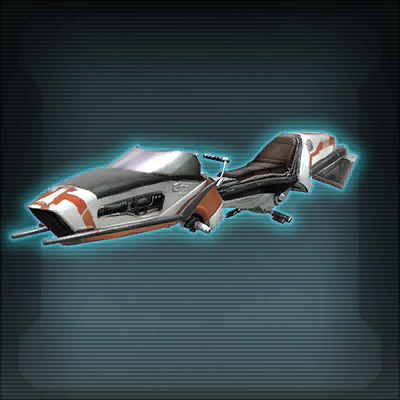 5.0 PTS update #6 was a very large patch (1.5 GB) that added the missing dialogue from Chapter 7 and the new areas (Iokath, Nathema, Uprisings etc.). We finally have a good understanding of Galactic Command and Galactic Alignment, so we'll share everything we know about those.

Five Uprisings will definitely be available with the launch of 5.0: Hoth, Tatooine, Ord Mantell, Port Nowhere, and an Imperial Station. You'll be able to queue for Uprisings via Group Finder. You'll be able to reset an entire season (KotFE or KotET) and replay the Chapters (maybe with different choices?)

There is a short cutscene when recruiting Master Ranos (from DvL event) and Shae Vizla (pre-order reward) but no associated quest chain. Darth Hexid has received voice-over for combat, so it's very likely she'll become available some other way besides DvL.

In your nameplate, next to the Legendary Player icon there'll be a new flair depending on your Command Rank. The flair will be different depending on which rank you have (1-2, 3-4, 5, 6, or 7+) but we don't yet know what icon will show up.

You get points when completing quests from these activities:

In addition, you get points from Command Trophies (think reputation trophies or GSF requisition grants). These trophies may drop from bosses, with the large trophies only dropping in hard/nightmare mode. Flashpoint bosses give 10-50 points, operation bosses give 20-100 points, and uprising bosses give 8-40 points.

Each day, a different activity will be highlighted. We don't know if a highlighted activity will grant you more points, or if it ties into Galactic Alignment. We do have access to the schedule but it appears to be in a random order. For example, this is the schedule for the first two weeks following KotET's launch:

While working on your Command Rank, you'll also collect Dark and Light side points. These will go towards your server's Dark or Light alignment. You can select whether you are light side or dark side via a toggle next to your character's portrait, and also when queueing for a warzone. There'll be a 5-10% boost on something depending on the current Dark or Light tier.


We are still trying to figure out Galactic Alignment and how it ties into Galactic Command, so take the following with a grain of salt. The alignment is reset daily and we are assuming that you will be rewarded depending on which tier the server is at by the end of the day. There are new legacy-bound Command Lockboxes that contain various BoE armor sets and weapons.

These lockboxes are opened with the Pack Opening Experience. There's a new Command Stash which may be used for collecting the items from the lockboxes. You can purchase an Unlock: Command Stash from the Cartel Market to unlock 25 slots; it can have 100 slots in total.

During KotFE, you were supposed to run Heroics and received lockboxes with legacy-bound armor pieces. It looks like the devs will continue this reward system with KotET except that the armor sets are now BoE and you will also receive weapons. We believe that the rewards are accumulative, so at Dark V you'll get five lockboxes (Tier I, Tier II, Tier III, Tier IV, and Tier V).

Galactic Alignment feels somewhat similar to Conquest, except you no longer need to be in a big guild for it, so the devs used the lessons learned from Conquest when building this system. Conquest is not going away - it will remain available from what we can tell.

The following Uprisings will likely be available with 5.0. It looks like they will each have 3-4 encounters but the bosses only have basic attacks right now - hopefully this will change until release.

The infamous White Maw pirates are repurposing Imperial and Republic artillery to raid Outer Rim territories. Under the leadership of a fearsome Houk name Droub, they have taken control of a lava works factory on Hoth to construct chilling war machines.
If left unchecked, this group will expand into Alliance territory. Secure the Outer Rim territories by rounding up a team and shutting down White Maw operations.

A crisis has erupted on Tatooine. The notorious Dust Viper gang has stolen the security plans to the Alliance base on Odessen--and they're selling them to the highest bidder.
No one has ever survived a mission into Dust Viper territory, but we can't risk that data going public. Breach the Vipers' compound, neutralize their cutthroat leader, and secure the Alliance data before it's too late.

A splinter group of ex-Imperials, led by Sith Lords Zanisk and Adacin, has taken over an old separatist base on Ord Mantell. The group has been launching attacks on nearby systems loyal to the Alliance, threatening the stability of the entire region.
Their base is heavily defended against a full-scale assault, but Alliance Intelligence suggests that a small, elite group may have better luck. Assemble your team and dismantle the uprising. Expect heavy resistance.

The Crimson Fang, a previously unknown criminal organization, recently took Port Nowhere by force. They intend to use the moving space station as a base of operations for their illicit activities.
Reports indicate the Crimson Fang have acquired a cache of powerful weapons that are being stored in Port Nowhere's cargo hold. Assemble a team and liberate Port Nowhere before the Crimson Fang unleash destruction upon the entire region.

A rogue faction of Sith Empire defectors is targeting--and destroying--the Alliance's most vulnerable outposts. If allowed to continue, these dissidents will shatter the very foundation of the Alliance.
They operate out of Vanguard Station, under the command of Sith Lord Anril and Major Korven--a former Cipher agent. Only an elite strike team can infiltrate the station. Gather your squad, and show our enemies that the Alliance stands by its own.

The Uprisings on Coruscant, Denova, Makeb, and Rakata Prime are still in development; they may get finished for 5.0 or get added in a later patch. The Uprisings Hammer Station and Trial and Error may have been scrapped but it is hard to tell at the moment.

It looks like class changes are close to done - there were only minor changes this time while the devs are fixing bugs and adding the missing icons.